Plus struggling with 50% taxes 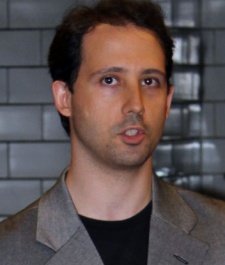 September 19th, 2013 - 10:00am
By Jon Jordan, Contributing Editor
From an outsider's point of view, developing markets seem to move rapidly from being 'hot' to being 'not'.

That's the risk-reward flexibility you have when you have the ability to target a global market. But sometimes, just operating a business in a developing country can be a struggle.

Yet, as Victor Santoro, the CEO of Brazilian developer Elemental Studio, tells us, if you can overcome those challenges there are also rewards.

For example, the company has just signed a deal to make games based on the IP of US comic book company Red Giant Entertainment.

Pocket Gamer: Can you give us some background about Elemental Studio?

The co-founders are four friends (me - Victor Santoro, Júlio Monteiro, Thiago Guedes and Luiz Paulo Prodomo), who have known each other for many years, and decided to band together in 2011 to create games for passion, around simple - but important - ideas, like fun and innovation.

We have attracted interest of an angel investor (Marcio Castro), who's been with us since then, providing the seed capital we needed to start.

We build games around our own original concepts, and we enjoy doing so very much.

Our very first game was Secrets of the Mist, a roguelike 3D hack-n-slash for Facebook, made in November 2011 during a 48 hours game jam. We gave it a little polish afterwards for three months, and we are proud to have learned so much from it. Mostly from mistakes we made during the production, but still!

It's a turn-based action/strategy combat for mobile devices, where you fight with Pirate Grains from space for fame and fortune. It had a unique combat mechanics, eight cool characters with eight different power ups, and 13 challenging levels.

Actually, we've begin to think of ourselves as strongly 'mobile-oriented' game developers, but we do have a taste for 'social' and 'multi-platform', so that may be our next goals.

What's the inspiration behind Grain Reapers?

We took the inspiration from several different game references, such as

We also started with a innovative in-game monetization, where we asked people to opt-in a crowd funding campaign to produce the game sequel, called Western Galaxies. They could choose to contribute in five different tiers, where they got something immediately, and could also get something in the new game if it was funded.

It was almost as if we had our own Kickstarter project inside our game. It didn't work for us, though...

Maybe there wasn't enough people, or maybe our players weren't familiar with the system, so we had really low conversion rates. We don't really know. So, in the last update made in August 2013, we decided to replace it with a more conventional content store.

Actually it was incredible! It reached almost 25,000 downloads in less than a month, with a mean rating of 4.5/5. 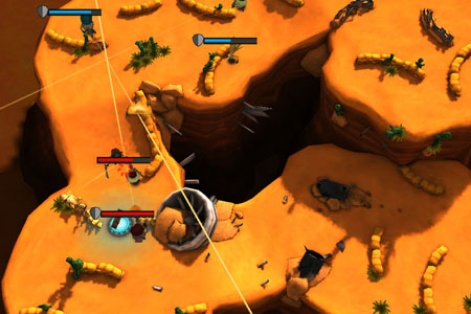 Of course, it wasn't an Angry Birds-style hit, but we've been told that less than 15 percent of all games get that many users, so, yeah, we consider it an Elemental success!

We also received a number of emails from publishers who were interested in distributing and promoting Grain Reapers. We haven't walked that road so far, being an indie developer and all...

This new update was very fun to make, so we believe the players will be very amused by it as well. This is what's new for this version:


What are your views on monetisation? Will you make pure free-to-play games in future?

Definitely. We just have to tune our marketing strategy better for it to work properly. Freemium/free-to-play games are awesome when people love them and spread the word, making them more popular and attracting hundreds of thousands, and even millions of players.

When it happens, even the smallest proportion of paying users will make a very good profit for the game. But, as I said, the marketing part can be a cruel lesson to learn, and it can be and expensive one, since there are over 1,000 new games being released on the major stores every month.

The big sharks out there are paying heavy money to market their mobile games, so we indie developers must stand for innovation and quality. Otherwise, we'll just be forgotten.

Brazil is a wonderful country to live in, with incredibly hospitable people and wonderful places to go, with such nice weather. But being a game dev here is not an easy task.

The various taxes we have to pay eat nearly 50 percent of our income (sometimes even more).

The government has tried some incentive laws over the past few years, but with no real effect so far. There are virtually no investors wanting to put their money into game development startups - they'd rather buy stocks from oil companies, or real estate.

And on top of that, finding really qualified people to build an efficient development team is hard, because there aren't so many game design/development schools, and it seems that all the programmers were taken by other IT markets.

Well, here we are anyway, surviving against all odds.

What's next for Elemental Studio?

We recently signed a deal with Red Giant Entertainment, a comic book publisher and intellectual property company from US, to create mobile games for their characters and IPs, which soon will also be ported into movies.

Our first project will be an action castle-defender-style fighting game for mobile devices, inspired by the graphic novel Last Blood.

We are already advanced on the game design and art direction, and they loved it so much, they even presented one of our concept game screens at San Diego ComicCon in July! We really believe it has a great potential to become a hit.

Thanks to Victor for his time.

You can keep track of Elemental Studio's activities via web and Facebook.