Vancouver Week: East Side Games on surviving the city's downturn without going potty

Pot Farm dev on why the studio is staying put 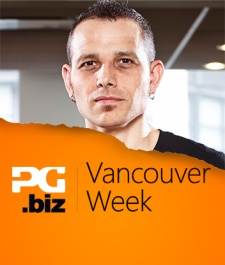 East Side Games may be a relatively recent addition to Vancouver's gaming landscape, but thanks to its flagship Facebook game Pot Farm, the studio already has a substantial following.

In fact, the studio's portfolio has accumulated more than 7.5 million installs to date, bringing in a total of more than half a million unique users each month. Not bad for a company that started life little more than two years ago.

"Many of us worked at another social game studio [Downtown ESG] that was closing down in that July. We added some scrappy triple-A game veterans and some solid start up people and started making games under the East Side Games banner."

So, with a new name, $1.5 million of funding and the rights to Pot Farm, East Side Games set about making games for Facebook, Google+, iOS and Android from its new Vancouver headquarters.

"In our first year we grew from 8 people to over 35," Nilson continues. "I highly suggest not doing that."

When it comes to the question of why East Side Games chose to make its home in Vancouver, the answer is as simple as it is logical.

"Well, most of us were from Vancouver," Nilson explains.

"It is a really amazing city. Close to the mountains for snowboarding, the ocean for surfing, lots of bars for boozing and coffee places for hipstering. We also have a very diverse culture, so people move and travel here from all over the world.

"We formed so that we could make the games that we wanted to play," Nilson continues. "We wanted to be fiercely independent and have a studio where everyone has a say in what games we make. Plus we were all highly unemployable so we had to start our own thing up."

And, like all of the Vancouver developers we've spoken to this week, Nilson is effusive in his praise for the other studios that are headquartered in the city.

"What makes Vancouver really great are the studios. A Thinking Ape is right up the street from us. Hot Head games and IUGO are down the road. GREE, DeNA, Namco Bandai and TinyCo have all moved in and set up shop.

"New studios like Blackbird Interactive, Nine Tails and Hinterland are all getting ready to launch and grow. Not to mention all of the awesome Indie studios like Slick Entertainment, Klei, Radial Games, Fathom Interactive and numerous others."

That means that developers can draw on the city's enviable pool of veteran game development talent when staffing up, or look to Vancouver's universities for fresh-faced graduates.

"We also have some great game design courses like the ones at Vancouver Film School and the Centre for Digital Media."

But to hear Nilson tell it, Vancouver's strong sense of community is something that took time to develop. It was achieved through the concerted efforts of the city's developers and publishers over a period of years.

"The community for Vancouver really is changing and that is a good thing. We are seeing packed Vancouver Social Games and Full Indie meetup groups on a monthly basis," Nilson says.

"East Side Games throws ESG IndiePower parties for big events that come to town, and we pack the bars. Studios here meet and talk at these events to share knowledge and keep the network strong.

"We have a lot of work to do but it is a great start," Nilson explains. There still is an old school triple-A community too and we are working on ways to loop them in."

And while there's clearly a social side to Vancouver's community spirit, Nilson also argues that open communication between studios makes good business sense for all involved.

"We want to improve the traditional way it used to be here where people that worked for studios just worked and stayed at their studio and never talked to one another. There is no way to learn in that environment.

"At East Side Games we work with our team so that when they decide they are ready to try a new challenge, we help them find an awesome fit at the many great studios we know."

Sticking with the subject of employment, we ask Nilson about Vancouver's 2012 downturn, when a number of the city's studios were forced to lay off staff, or close entirely.

"I think there were a number of factors here. Some are a matter of those studios finding the right market for talent to fit the talent pool in the city," Nilson begins.

"I think this is also part of the growing pains of Vancouver moving from being a traditional home for triple-A game dev studios to now supporting many indies, social, mobile and educational game companies."

But when asked what enabled East Side Games to weather the 2012 storm, Nilson is less certain.

But, much like GREE Canada's Steve Lin, Nilson claims that the city's much-touted sense of community was still plainly visible in its darkest days.

"What was most amazing about this whole journey was seeing the games industry  places like EXP restaurant and bar and people like Su Skerl [industry consultant and then East Side Games 'social connector']  champion job fairs and organically connect people looking for work."

Much has been said in recent years regarding Canada's tax breaks for its games industry, and Vancouver-based developers such as East Side Games do benefit from incentives at both a provincial and federal level.

However, it's worth noting that Canadian provinces such as Ontario and Quebec offer more competitive incentives than British Columbia.

These tax conditions are  at least in part  responsible both for the rise of Montreal and Toronto as game development hubs and, indeed, the 2012 decline in Vancouver's games industry.

It's a state of affairs that has led some of Vancouver's developers to lobby their provincial government for a more equal playing field.

Given that this is the case, has East Side Games considered relocating? Surely some of Canada's other great metropolises must have caught his eye?

"I don't think about other Canadian cities or moving there," Nilson replies. "None of them have decent hockey teams."