Fishlabs CEO: If your game can't guarantee $1 million a day, it's hard to raise investment 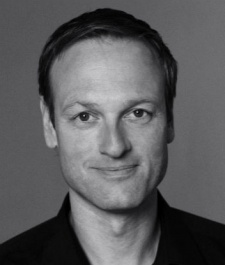 German developer Fishlabs is one of the world's most experienced mobile game studios.

It's been pushing the envelope when it comes to 3D graphics on mobile devices since the days of Java, and is renowned for its successful Galaxy on Fire space shooter franchise.

That made the news the company had been forced to make 25 staff redundant a shock.

Even more surprising was that it has been in the German equivalent of Chapter 11 protection from its creditors since July 2013.

As CEO Michael Schade reveals, there were many reasons for the situation, but the main one was the company's corporate situation; notably its need to raise more investment, something that was hindered by its shareholding structure.

Of course, we all hope - and expect - a well-known studio like Fishlabs to pull through and gain future success, but the situation does underline that while the mobile games market continues to boom, there are also growing inequalities.

The rising tide does not lift all boats.

Pocket Gamer: What can you tell us about why you are in this position? Everyone thinks of Fishlabs as a successful company?

Michael Schade: We have indeed enjoyed quite a bit of success after we'd decided to drop Java games for feature phones in favour of iPhone games back in 2009. The pillars of our success have been the Galaxy on Fire saga, including its two major add-ons, and our long-term co-operation with the Volkswagen Group, which brought forth seven highly successful branded games.

With such a strong foundation, we had been able to expand continuously over the past five years with growing revenues and profits year-on-year.

Galaxy on Fire 1 on iPhone

However, there have also been obstacles that slowed us down, such as the transition from premium to free-to-play and constantly keeping up with an ever-changing mobile market, which is dashing towards console quality at lightning speed.

Ultimately, we were no longer able to deal with these challenges without the aid of a significant investment.

Therefore, we knew that we had to raise additional cash towards the second half of 2013 if we wanted to continue our ventures unabatedly. Unfortunately, we've not yet been able to secure such an investment.

How hard is it to raise investment? Or was this a case of getting the right investor and the right deal?

Raising money is always a challenge, especially when you don't yet have a live game that shows great metrics - at least in a handful of countries. You might think success stories like Supercell have made it easier to raise money, but for some investors and even strategic partners the opposite is true.

If you don't have a game that has the potential to generate $1 million a day, it is a tough call.

However, our biggest challenge followed from the fact that we had given away too much equity in our Series A funding round back in 2007. With the founders being down to 39 percent, getting new investors on board for a potential Series B round has been next to impossible.

To make things worse, any stock option programs for the team would have been taken from that 39 percent as well.

How confident are you that you'll get the money you need?

We have been talking to investors for some time now, keeping them up-to-date on the most recent developments. Various due diligences are still being carried out and some high potential people knocked on our door after they read about our situation last week.

Also, going through chapter 11 puts us into a new situation where we can buy-out all our assets and restart with a new legal entity and a fresh, healthy capitalisation - including a reasonable stock option program for the team.

After all, we are still a veteran mobile games team, including seasoned free-to-play and console games experts, that has two promising products in the pipeline. Galaxy on Fire - Alliances is nearing completion and the next space action game set in the Galaxy on Fire universe is in late pre-production.

Galaxy on Fire 2 HD on Mac

Combined with our 40 million-strong hardcore install base of the different iterations of Galaxy on Fire across all mobile games platforms and our excellent OEM relationships, we have a pretty strong story.

How will the layoffs impact your games?

The cuts have been really painful and, of course, this will slow us down, no matter how hard the rest of the team tries to compensate.

But by shifting resources from R&D and Sports Car Challenge 2 (which just went live on iOS) over to the two Galaxy on Fire titles, we've been able to compensate all critical tasks and ensure the number of features that have to be cut is comparatively low. And, thanks to the nature of digital games platforms we can still add those features in the course of later updates.

We are still on track to submit the open beta build of the iOS version Galaxy on Fire - Alliances in about two weeks. This will finally give us the required metrics on user spending behavior to convince investors.

In addition, we have been working on the next action-packed installment of the GoF saga for almost a year now and we have an absolutely fantastic prototype on a completely new code base running on iOS already. The commercial release is planned for late 2014 and, hands down, this will set a new benchmark for space games on mobile - yet again!

How tempting was it to release GoF: Alliances early?

We have thought about an early launch of GoF - Alliances more than once, but we didn't feel comfortable with it. The game's not yet finished and still needs work before it can be considered a commercially successful title.

Metrics such as 35 percent 30-day retention rate or an average of 14 sessions a day at 10 minutes each are clearly beyond the industry average. But we have to take into account that we're still in the closed beta and that all testers have been recruited directly from the iOS version of Galaxy on Fire 2.

Alliances brings planetside strategy to the Galaxy on Fire universe

These guys have been playing GoF 2 for months, or even years, and they are very forgiving about bugs and critically design issues that have not yet been removed from the game.

Even with 150,000 sign-ups , we expect that the majority of GoF - Alliances players will be new to the Galaxy on Fire universe. Therefore, we still need to do a bit of polishing before we can enter the open beta phase. By the time the game soft-launches in selected territories, we especially need to tweak the early game experience in order to minimize churn.

In a couple of weeks, we'll know more about how the open beta performs. Once we've reached that stage, we might still add more countries to the list of supported regions in order to make more revenue.

But ideally, this will not be necessary due to the fact that we will already have teamed up with a new partner by then, who provides us with enough liquidity (and maybe even more F2P expertise) to make GoF - Alliances not just a great game, but a top 25 top grossing hit - fingers crossed!

Do you think in future you'll keep your headcount lower or is this a temporary move?

Before we hire new talent again, we first have to prove that we can be successful within the free-to-play environment. It is much more difficult to be commercially successful with a free-to-play title than it is with a paid game, because you need a much bigger team working on the game design, backend, tracking and performance marketing.

You also need to have enough cash up your sleeve to go through several iterations because you have to optimize the game permanently after its initial launch. And last but not least, you also have to spend quite a few marketing dollars to make sure that more and more players find out about your game and sign up to your servers.

Thanks to Michael for his time. 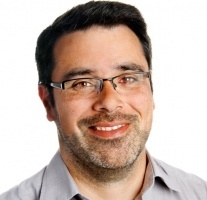 Reply
Ricardo Flores Santos Co-Founder & Executive Producer
Have to agree, this honest approach shows how difficult it's to develop top 3D Games on mobile now that freemium looks like the only option. Thanks Michael.
Posted 7 years, 2 months ago