Speaking their language: Why the future of game translation lies in crowdsourcing 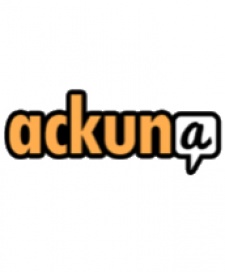 Translating a sentence from one language to another is a difficult prospect, as hidden context obvious to native speakers might elude one with a passing familiarity of a given language.

Taking on something as complex like a game, then, is a decidedly more arduous process, throwing up far more opporunities for the text to - quite literally - get lost in translation.

There's already a host of translation service companies to help you bring your game from one language to another, of course, but a relative newcomer on the scene - Ackuna - promises to do the same thing for free.

It manages this feat by outsourcing its translation duties to a crowd of volunteer translators who are monitored closely by a reputation system. We caught up with Ackuna's Michael Duke to talk translations and to see what Ackuna can offer mobile developers.

Pocket Gamer: Translations and localisations are precise, and costly, services - what value does Ackuna offer over its competitors?

Michael Duke: Localisation can be expensive yes, especially when an app is converted in a bubble, or away from the eyes of its audience.

Ackuna provides free, crowd-sourced translation, but it also provides a community of people passionate about language and apps. Some of our volunteer translators are professional translators looking to build a client base, some are students, and almost all are app users.

They want to see a clean, completed product, because it is the fruit of their labor as well as yours, the app developers. If you require the absolute certainty that it's up to standards, Ackuna also offers professional translation.

Still, if you use the social translation first, you gain exposure and you get to test the localisation waters without making a financial commitment. Localisation is a great opportunity but one best approached in increments.

Why should App developers trust their translation to a crowd of volunteers? Wouldn't professionals be better suited to app translation?

As far as accuracy goes, yes professionals are better suited for app translation. But if you could get nearly the same accuracy for free, wouldn't you at least want to try that out?
If you're pressed for time, Ackuna's professional translation is a great option and it'll be done within 48 hours with 100% accuracy.

However, the accuracy of the social translation is upheld by a voting process. You can adjust how many votes a given translation must receive in order for it to be accepted, or you can accept each translation manually.

The app developer plays a role here. The assumption is that the more people who work on your app, the more accurate it will be.

So, we recommend developers promote their Ackuna projects as much as possible, both in the name of accuracy and exposure.

The emerging trend in casual games is to remove as much text as possible from tutorials to keep translation costs down - what value does a good translation offer to an app?

Of course for a game that has no text, a translation isn't valuable. So, you could say that the less text a game has the less valuable translation becomes.

That might be the case, but it's dangerous to assume that if you only have twelve words in the whole game then it isn't worth translating.

There is something unnerving about using any kind of software in a foreign language. I know if I stumble upon a website that's in Russian or Japanese or what-have-you, I immediately feel out of my element.

As a developer you want your users to be in the element, you want them to be comfortable. User-experience is important, and a good translation is as important to an app as good design and content. It's about polish.

Should developers be concerned about retaining ownership of their projects and IP if they upload them to Ackuna?

Ackuna makes no claims to the ownership of the apps uploaded to our site. Also, we don't publish the code of any those apps.

Ackuna parses the text strings from each app, and only the text is visible to users. Also, users can download the app to use on their smartphone, but that is just a regular download, again no code is visible.

Can you explain a bit about how users and reputation work on Ackuna? Is it fair to say that users with high reputation scores are liable to turn out more accurate translations?

Basically, users get points for good translations; when they get 'upvotes'. Likewise, they loose reputation for unworthy translations.

As an incentive along the way they earn badges for good social transactions, including a number of approved translations. With a good enough reputation, we might contact you to do professional freelance translation work. In that case you will be tested.

I think it is fair to say that users with high reputations are more likely to turn out more accurate translations, because they have demonstrated their understanding of a given language. Also, they understand the Ackuna community and the app translation process.

One of the simplest but most persistent challenges to translating an app is word length. For example, in English "begin" takes up a certain amount of space, but in Russian it could be seventeen characters long.

If that's the case, the amount of extra space required needs to be taken into consideration. Users who have used Ackuna for a longer period of time may have greater familiarity with formatting issues. They might know other words more commonly used and more appropriate to the space allotment.

Taking a translator's work on faith requires a good amount of trust in the community; can a developer restrict their project so that only users with a high reputation score can touch it?

As of now, no, developers cannot restrict their projects to users with high reputation scores, but they can individually petition those users to work on their projects. Also, they can change how many votes a translation requires to be accepted.

I think this question poses a good idea, and it's one we'll consider, but it might put too much strain on our best translators.

Ideally we would like everyone from the inexperienced to the experienced translators to work on each project, so that Ackuna is at once a valuable learning tool for language students and an accurate translation platform.

Assuming that the App translation service continues to grow, what would be next for Ackuna?

Mobile is growing quickly and app markets are increasingly competitive, especially in the US market. Very soon it might be that localisation is the only way a developer can gain any sort of audience.

We want Ackuna to become the meeting point between markets; where US users thirsty for Japanese content can find it first, or where all of the great apps developed in the states can gain greater global market penetration, and vice versa.

As a truly social site, Ackuna could also become a forum for discussion amongst and between translators and developers. The translation process could become more gamefied like duolingo's. We might branch out to larger software, or even phrases like I hear linqapp does.

Most importantly, when Ackuna gains a certain number of users, app translation will become nearly instantaneous. Apps in general contain a small amount of text, and given a large enough audience their translation is hardly a challenge. Reply
Loek van
On http://traductor-financiero.blogspot.com.ar/2011/04/new-alchemy-how-to-take-crap-produced.html we can read that this company was set up by the same guy who said (and let's project his statement on the gaming industry) that you should use as many programmers as possible to program one game, thousands or tens of thousands if needed. For one single game. According to him, relying on just a few programmers would endanger the continuity of the project... because you'd be putting all your eggs in one basket. This is the paradigm he uses, but then for translation. If you're truly interested, read that blog.
Posted 6 years, 3 months ago Reply
Ashley Cowles
I agree with Loek, it's extremely naive to think that established game developers will agree to this format. Indies, perhaps, but even they will be very, very hesitant to put their brainchild 'out there' without knowing who gets to work on it. For all they know, it could be done by someone working for their competitor.

Another question that comes to mind is how Ackuna makes its money, if the crowdsourcing solutions it offers are done for free. This to me suggests that clients pay Ackuna simply for being the middle man, while the actual work is being done by volunteers. Doesn't sound like a very honest business model to me.

Reply
Loek van
Even if they managed to find good translators this way (which they won't as the vast majority of the people can't even spell words correctly in their mother tongue), most game developers won't buy into this. Very few industries have as many NDA's as the gaming industry. Most texts are highly, highly confidential.

Also, translating games sounds like a lot of fun, until you've got to meet that deadline at 3 AM, or until you find out the game you're translating is a bit more boring than you thought.

As long as translation doesn't pay the bill, volunteers will grow tired of it very soon once they find out that playing games instead of translating them is a lot more fun.