Ingress to the rescue 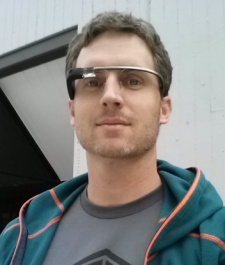 When Google's Niantic Labs first unveiled its location-based game Ingress a year ago, there was plenty to set it apart from other 'geo-games'.

As pitched, the game - which takes the form of a free-to-play release entirely devoid of in-app purchases - encourages players to get out into the real world, meet up with one another, and mind hack pieces of public art with their Android smartphones and tablets.

Such an approach has led to many seeing it as the potential saviour of location-based play, which - despite the prominence of geo-capable devices - is still struggling to finds its feet.

With Ingress set to roll out of beta on 14 December, we'll soon know if the game's promise will be realised, but for now, we sat down with Niantic's Brandon Badger at GDC Next in Los Angeles to find out what the Google startup has in store for players next month.

Pocket Gamer: The novelty that Ingress offers over traditional MMOs is that in encourages people to get out, move, and potentially interact with players in real life. Has Ingress had trouble attracting less social gamers, or those in remote locations?

Brandon Badger: An interesting challenge in designing a game like Ingress is how to balance the components so that it's fun to play in an urban setting as well as a rural or suburban area.

So, that presents a challenge but we try and work around that by being more creative in what we allow as a portal location in some of the less art-dense areas.

For example, when we started the game, we turned all of the post offices into portals. They're not traditionally artistic, so they don't fit with the other portals in our game, but every town and city in America has a post office.

The second way we've been dealing with that is crowdsourcing the discovery of new artwork and giving players the ability and tools to take pictures of interesting artwork in their community and submit them to us.

On the social side, when we were designing the game we really didn't know how people would respond to the idea of meeting up with other human beings in the real, physical world to play the game.

We didn't know if they'd see it as a scary experience or not, but we have found that  for most people  it's the most enjoyable part of the game.

Instead of a scary experience, you have a shared bond where you both kinda wink at each other and you know that you're both in on the story and you share a connection with them  even when they're on the opposing team.

What's the typical player engagement for Ingress, and how long is the average play session?

The interesting thing about Ingress is that it takes some time to play. It's not a casual game that you can just open up on your phone and play it for a few minutes to get the full experience.

If you want this full experience, you need to get out into the real world, move, see this great artwork that's out in your community, and get out into parks  and that takes some effort.

So, we see some quite long play sessions, as you'd expect. It might take you five or ten minutes to walk from one portal to the next closest portal, and in some of the more rural areas you might  unfortunately - need to get into your car to drive to the next portal.

It's a game that takes a good chunk of your day, but it's still casual in a sense that you can interact with a piece of art in a park and the game frees you when you're walking to the next one so you can enjoy the experience of walking and do other things.

Tell us about Ingress' metagame Jarvis Shards. Is it designed to address player engagement and retention?

With Ingress, there's a 'battle for portals' portion of the game and a discovery portion as well, which is more about visiting all the cool landmarks and artwork in your city.

But Jarvis Shards creates a whole new way to play Ingress, and it creates a new way for players to engage with other agents and to strategise how to play the game.

What we're seeing with the Jarvis Shard game is that players from around the globe are communicating with each other and talking with the agents who live nearby where the shard is located because everybody from their team has an interest in moving the shard closer to its goal.

This creates just one more way to play Ingress.

In your talk at GDC Next you mentioned arranged meet-ups were popular in-game events. How does Niantic ensure player safety at these events?

At our official events, our team goes through a lot of thought process and a lot of work to ensure that we pick a safe playfield.

So, we pick a starting point at a public location in the city  usually at a very prominent sculpture or plaza  and then the team picks the set of portals that the players will do battle over at one of our events and we put a lot of thought into picking those in safe parts of the city.

So, the idea is that the game can encourage you to know your city better because oftentimes people live in a city for years and they never visit a certain park.

Are you worried about a situation similar to the recent Swapnote controversy with Nintendo happening where players can harass one another or engaging in stalking of other players?

We have a Terms of Service that makes it pretty clear what behaviour is acceptable for players. A lot of it is common sense  treating other players with respect and such. I'd say that the player community is strong and helps maintain a cohesiveness because of their shared experiences with Ingress.

So, everyone sort of has the same vested interest in making sure that Ingress is open and welcoming to new players. While it can be competitive, it still stays fun and builds relationships between players.

When there are cases where there are problems, we have an operations team that can respond  and of course we can ban players if they don't follow our terms of service or community guidelines  but we find generally that that's pretty rare and that the community itself helps monitor players and keeps the interactions positive.

In your talk, you mentioned that you were hesitant to allow the purchase of in-game goods as it would disrupt the game's balance  does this mean that IAPs have no place in Ingress?

We really haven't finalised our plans yet for a business model for Ingress. Right now the game is just 100 percent focused on building a really fun and really engaging experience;

We're exploring different business models, but it's our intention that we would like to keep the game free to play and that's why we're looking at more of a partnerships model.

We've already brought in a few companies like Jamba Juice, where we've enabled these retail locations as portals in games, and we're experimenting with other offers to find ways that players can be incentivised to visit these partner locations as well.

I think in the future, in-app-purchases is something we might explore, but we're going to be very careful since our main goal is building a strong game around a strong player community.

The power-up codes under bottle caps are an interesting conflation of game space and real space, similar to NFL Runner's McDonald's promotion. Do you think this represents a new monetisation model for location-based games?

I definitely think there are opportunities for merging promotions of the purchase of physical goods with a game link Ingress.

We've explored a partnership with Hint Water where they printed Ingress codes under the bottlecaps of their product  and we feel that it's a nice product tie-in, because we're encouraging players to move around in the physical world and maybe even build up a sweat.

It seemed like a win-win because we're encouraging the purchase of a healthy product and at the same time it's a way for us to consider funding the game through partnerships with brands.

Thanks to Brandon for his time.