Competing by doing something different 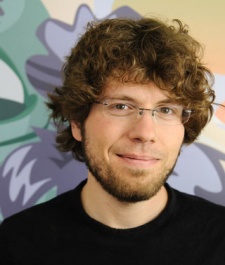 But the success of DOTA and League of Legends hasn't yet been experienced on mobile, although plenty of companies including Gameloft to Zynga have made the attempt.

US start-up Hammer & Chisel - founded by OpenFeint CEO Jason Citron - is taking a considered view when it comes to mobile MOBAs, however.

It's been working on its tablet-only game Fates Forever for a year. And thanks to a $8.7 million funding round is in no rush to bring the game to market until it's good and ready.

We caught up with Citron to find out more about how he expects to bring the core genre to touchscreens without dumbing down.

Pocket Gamer: Given you've been working on the game for a while is this investment more about launch plans or future games?

Jason Citron: This investment is about giving us the flexibility to not rush. Creating a great game is a highly iterative and exploratory process. So often you see developers shipping a game that they know isn't done due to budgetary constraints.

We are lucky to be in a position to mitigate this risk and make sure that when Fates Forever launches worldwide it's excellent and polished.

Various MOBA games have been released for mobile devices and flopped. Why will Fates Forever be any different?

I don't think you can rule out an entire genre because a few implementations didn't work. It's like saying FPS games on consoles won't ever work and then GoldenEye came out. And then Halo. Huge hits.

The issue at hand is that no one has yet created an inspired, high quality reinterpretation for tablets.

Do you think the MOBA are too complex to be successful on touchscreen devices? Games such as Clash of Clans and CSR Racing dumbed down in terms of controls compared to their PC/console cousins

Nope. Not at all! These games are simple because they were designed to be played when you're distracted or can be interrupted. Most core games require your complete attention and demand a different use case, so the constraints are different.

As opposed to building a supplement to a PC game experience, we're actually building an experience on the tablet that is comparable. If you look at the growth rate of tablet devices it's clear a lot of people will come to own one over the next five years.

It seems obvious to me that some significant number of these people will want to play games similar to the kinds of games people play on PC.

So we chose to build a MOBA because we thought it was the best game to build for a core gaming audience.

In the process of reinterpreting the game to tablets we went through six different control scheme iterations before settling on the right one. In fact, originally I was totally against buttons, but it turns out a hybrid scheme is the best.

In the process of doing this we have not 'dumbed down' the game - it's just as complex as what you'd expect on the PC.

The key difference you'll notice is that skillshots are triggered by using a gesture like a flick or drag instead of aiming with the mouse.

Do you worry that you've missed the opportunity for tablet gaming. Supercell, GungHo and King rule the top grossing charts, and even Kixeye's Backyard Monsters didn't make a splash when it came to mobile?

I agree with you that the opportunity for cheaply building a mass market casual game has passed.

Markets often take on certain trajectories and the mobile market is starting to mature. This means that if you want to compete by building the same kind of product you need to have a larger marketing budget than the competition. And your product has to be 'bigger better and faster'. This is not at all what we're doing.

The strategy we're taking is to focus in on a small but growing segment of the market: core gamers with tablets. You know, right now I can not think of a single high quality core game I can play on my iPad with friends. So what we're doing is building a game targeted at a use case that makes a whole lot of sense for gamers but not a lot of sense for more casual users.

For instance, Fates Forever requires 15 minutes of uninterrupted time on a wifi connection to play a session. Imagine if Candy Crush Saga required this... yet gamers do this all the time at home on their PC.

The bet we're making is that lots of people will want to play games on their tablets in a similar way to how people play core games on their PCs now.

Do you think methods of monetisation on mobile need to be different to PC/console?

Fundamentally, no. I think that the free-to-play business model will work on any gaming platform.

The challenge for building a F2P game targeted at core gamers is a higher sensitivity to unfairness. This is especially true because core games tend to be skill-based. The monetization scheme for Fates Forever will be very similar to League of Legends.

With that said, we have two design tenants that we follow when designing our monetization systems:

1) Pay for options, not for power.

This is the idea it's okay to pay to get access to variation in your gameplay options but no single option should be stronger than another. This ensures that a skilled player will be able to beat an unskilled player regardless of how much money either has spent.

2) The game never forces you to stop playing.

This is the idea that the way gamers engage with a game is different than casual gamers. When I sit down to play a game it's very deliberate. I usually intend to spend my evening playing. The worst possible thing to happen here is to make me stop playing.

When should we expect Fates Forever to be released?

We're currently aiming for a Q1 2014 launch. But like I said earlier, it'll be "ready when it's ready." We think it's better to launch a great game later than a mediocre game sooner.

Thanks to Jason for his time.