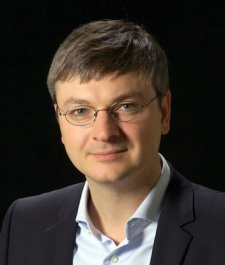 As part of an ongoing series, SponsorPay - together with PocketGamer.biz - is running an interview series about market trends and future opportunities with C-level executives from key game developers and publishers.

This month's article sees us talking to Sven Ossenbrüggen, the co-founder and managing director of German mobile MMOG developer Xyrality.

It was also listed in PocketGamer.biz Top 50 mobile game developers for 2013.

Xyrality's specialty is creating immersive games that can be played cross-platform. Can you talk about the challenges of doing this?

Sven Ossenbrüggen: The challenge is when we have to release a simultaneous update on iOS and Android.

One element of this arises because the different platform versions are developed by separate teams. For this reason, we need to track a lot of interdependent issues on a daily basis. This means we have to have a clear company structure.

Of course, more generally, we have to deal with having our updates reviewed by Apple (and Google).

This creates challenges for our QA team to ensure there are no bugs because if something goes wrong with the iOS version - even if it is a very small issue - we'll need a second review by Apple, which can easily delay the launch by a week.

What kinds of usage patterns do you observe across the platforms?

We have seen an increasing number of people using both the Android and iOS devices to play our games.

And since we have been operating in the market for two years now, we've also been able to observe that some of our users have actually switched from iOS and Android (and vice versa). Of course there are many hardliners when it comes to the Android vs. Apple competition.

What was your inspiration for making a medieval-themed game (Lords & Knights), something you have continued in Celtic Tribes and Crazy Tribes?

The medieval scenario was a safe bet. We knew there was a market for games in this setting and it was also our team's favourite.

The games Celtic Tribes and Crazy Tribes are based on a similar world engine, which was an easy way for us to expand our target groups with affordable development costs.

Our latest game Swords and Spells is a role-playing game in a medieval fantasy setting. But even though we stayed in medieval times, we added a lot more fantasy elements such as dwarfs, dragons, magicians and enchanted weapons.

What do you think are the major differences between gamers in the US and in Europe?

American gamers are not as patient as European players.

In the case where we or our partners have experienced issues with our servers or bugs in a game, the American players start complaining twice as fast as the Europeans.

Also, the gameplay pace needs to be faster for the American market: Players in Europe do not mind waiting some time to have their buildings or troops completed. However, the US players do not like to wait for their success. They prefer an active approach that gives them more to do.

What are your thoughts on the current monetization landscape?

Generally speaking we are happy with the current situation. Compared to a couple of years ago we have great options and opportunities - international distribution has never been easier.

On the other hand we believe that it would benefit overall revenues if the App Store offered other means of payment in some markets. Credit cards are not that popular in some regions.

Can you tell us more about your new game Swords and Spells?

It's a high quality role-playing game set in the fantasy world of Abion. The gameplay consists of a thrilling story mode with over 100 quests and various mobs as well as a long-term player-vs-player mode, where entire guilds can challenge and fight each other in 10-vs-10 battles.

It also contains a versatile battle and skill system which offers many strategic options: The better you are in selecting the right equipment, the fastest progress you will make in the missions and the easier you will find your way to the top of the PvP rankings. It is not complex mathematics, but you have to spend some time analyzing your tactics.

We also have a lot of new content and gameplay elements to introduce to the game in future.

You've achieved significant recognition to-date as a top ranking Apple App Store publisher and as one of PocketGamer.biz's Top 50 Mobile Developers of 2013. What are your goals for 2014?

2014 will be a year of extensive growth for us.

We will also launch Oxyd - a puzzle game that was originally released for the Atari ST.

We loved this classic game so much that we had to reincarnate it. So, together with the original creator, Meinolf Amekudzi, we're developing a cool version for smartphones and tablets.

And last-but-not-least, we will continue to add feature to the games in the Lords & Knights' family. Our enthusiasm for it has not stopped.

Beating up the old guard: How Xyrality came to lead the German mobile MMOG market