Nice platform, shame about the marketplace: A PlayStation Mobile developer reveals all 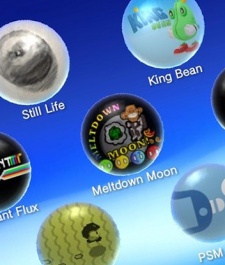 Whatever your view on PlayStation Mobile  and, such have been the fortunes of the platform to date that, chances are, many of you simply won't have one  you can't knock it for a lack of variety.

Alongside a host of acclaimed titles that have also made their mark on smartphones (Rymdkapsel and Nostatic Software's Quiet, Please! both of note) sit a series of pet projects  half finished hobby efforts utilising Sony's marketplace as something of a playground.

However, there's also a third kind of game that, though far rarer, warrants just as much attention, if not more: quality PlayStation Mobile exclusives.

They're so rare, in fact, that we can only think of one developer betting the farm on such a strategy. For all but one release, PlayStation Mobile is the only place you can play games by Thomas Hopper  11 games in all now sat on the store including his latest release, Super Tank Poker.

But what is life like as a developer operating almost entirely on a platform that even the most vocal advocates would have to admit hasn't set the world alight. And why would a studio opt to take a path in the first place?

"I've always loved making games, especially for handheld and mobile platforms," says Hopper, who is British-born but currently operates his studio T.A.C.S. Games out of Bonn in Germany.

"Before getting into PSM, I worked for many years making mobile apps for all kinds of devices. I was building apps before people knew their phones could run apps. I had a good grasp of software development and various rendering APIs, but I think I'd only ever delivered one app using C#."

However, he maintains that this level of experience is not necessarily a prerequisite for PlayStation Mobile development.

"You don't need much experience to get started", says Hopper, quickly identifying one of PSM's biggest hooks.

"If you've done any amount of game programming you'll be right at home making games for PlayStation Mobile", he continues.

"Games are written in C# and Sony provide a suite of libraries for accessing the hardware and drawing things. If you're not comfortable with drawing triangles yourself they even throw in a package called GameEngine2D which lets you draw 2D sprites fairly easily."

It could be argued that the road to PlayStation Mobile development is a clearer path than many others for indie developers, then, both in terms of development experience and financial outlay.

"The tools, which include an IDE [Integrated Development Environment], are available to anyone who signs up for free", he says.

"The tools will compile and run on the provided simulator, but if you want to test on hardware - Android devices and the Vita - you'll need to buy a development licence. As of right now the dev licences are free too."

This is where one of PSM's most widely-reported issues rears its head: the regulation of content.

While the platform's ease of access is undoubtedly a strength, it also leaves the storefront looking a little shoddy at times. With unproven developers given the opportunity to share early, unpolished products and  more worryingly  charge money for them, PlayStation Mobile at times feels like a showcase of everything wrong with open platforms.

"There is no approval process for access to development tools so anyone can get to making games on PSM", says Hopper.

"I've spoken with some of my fellow PSM developers who think there should be a minimum threshold for quality", he continues, "but I don't agree with them.

"Other mobile platforms get their fair share of rubbish, but PSM suffers particularly because there aren't as many high quality games arriving on the platform, and also because store doesn't filter on popularity like the App Store or Google Play does."

PlayStation Mobile, of course, has no such features and lacks even a search function  in order to find the good stuff, users have to sift through some garbage.

As Hopper says, it's the ratio of wheat to chaff that's worrying - an issue that would be far less problematic if there were a steady stream of great games regularly arriving on PSM.

To trigger such a 'steady stream', however, PlayStation Mobile first needs a bigger audience  an audience that, conversely, may pass up the platform until those quality games are in abundance. It's your typical chicken and egg scenario.

As things stands, many feel PSM is hidden, isolated away from the rest of the games in its own little tab  a tab that, as we've suggested, often feels disorganised and awkward to navigate. Promotion specifically for PSM is also in especially short supply.

"While I don't think anyone at Sony is trying to hide PlayStation Mobile, I do think that they have other priorities right now," says Hopper.

"Haven't they just launched a new console or something? I'm not sure how many Vita owners are in the habit of checking the new releases in the PSM store, but it's not as many as I'd like. I can only hope that the recent giveaways give it a boost.

"On December 18, PlayStation Mobile is set to roll out in some new territories, too, which also has the potential to invigorate things."

It's also all too easy to forget that PlayStation Mobile is not a Vita-only platform  there are a number of Android phones and tablets that are also on the list of PSM-certified devices. However, awareness of PSM on Android devices is even lower than it is on PS Vita.

"It's a harder sell on an Android device that also has Google Play to tempt the user towards PSM," Hopper says.

"It makes more sense on devices like the Xperia Play, a phone with hardware PlayStation buttons, since nearly every game on the PSM store makes use of those buttons. Perhaps new features such as trophies or other PlayStation Network features might give a mobile gamer reason to check the PSM store more often.

"Obviously every game I design for PSM needs to support mobile devices, but I would be lying if I said I didn't design for Vita first and foremost."

Given Hopper is so prolific on PSM, however, is he surprised that Sony hasn't approached him to act as an ambassador for the platform in a more official capacity?

"Lots of devs are saying it's the place to get noticed by Sony", he goes on, "and a good jumping-off point for native development... I'm working at the moment to try and find out what kind of barriers lie between me and native Vita development. At time of writing I don't know. Could me many, could be none. I'll let you know."

While it seems that this path from PlayStation Mobile to native development should be more clearly signposted  especially for a dogged servant to PSM like Hopper, and on a handheld which now effectively lives or dies by its indie credentials  it is heartening to see a developer so thrilled just to see his game running on a major gaming system.

In fact, Hopper doesn't see the negative side at all, shunning the cynicism which surrounded Sony's u-turn from Vita as pocket-sized blockbuster machine to a certified indie device.

"I think Sony just realised that there are a glut of really nice indie games that will make a decent amount of money and cost very little to get on its platform", says Hopper. "It's hard to be cynical when lots of small studios are working on their dream projects, making money and getting their product out there.

"The gamers, too, are getting a steady stream of really nice games at a good price-point that feel bigger than your traditional iOS sized game. A win all around it would seem."

Hopper also speaks very highly of the Sony staff he's had dealings with, and seems to echo the friendly image that its indie department has been creating for itself.

"The impression I've been getting is that Sony cares about it's developers, wherever they are in it's food chain," he concluded.

"PSM may be the lowest, most unregulated rung on the PlayStation ladder but I've always been treated with respect. You never know when a developer may take a step up."