The opportunity in 2014 is for the big beasts 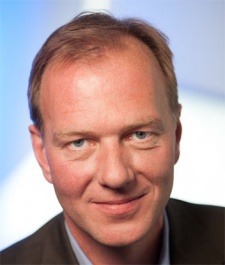 Alongside multiple industry roles, Volker is the co-founder Oystercrowd, Blue Beck, and Digital M. Former posts at BlackBerry and Scoreloop add to an enviable CV, which also includes the co-founding of Connect2Me

He also serves as chairman of Infantium, a Barcelona-based cognitive adaptive learning platform; Cognisess, a people analytics start-up based in the UK and US, and is venture partner at Emerge Venture Lab, an ed-tech accelerator from Oxford University's Said Business School.

Volker Hirsh: There have been two, I think.

The sector is maturing and this generally favours bigger players with established player bases as it allows them to apply smart money in player acquisition and retention.

Also, the F2P arena might see scrutiny from regulators with an as-yet-unclear set-up. With games that have no cap on potential spending, we are almost guaranteed to see some backlash.

How will indie developers fare? Any advice for people launching new games?

The fall of Fishlabs shows how hard it is even for established indies with proven franchises and terrific talent to fight for survival.

It has been said that a game needs a budget of $1 million these days to make it. Even if that number is on the high side, those budgets are hard for most indies to shoulder. When it takes $100,000 in marketing spend on day-one to make it into the US charts, this becomes a daunting exercise which is not for the faint-at-heart.

It will be, therefore, ever more important for developers that still want to try and self-publish to apply a thorough end-to-end plan for launch: starting with well thought-out retention mechanics in the design phase, all the way to smart launch marketing plans.

However, my guess is that the budgets involved might push a few people back into more traditional publishing models. Niches both in genre and geography might also be a tactic developers could apply.

The smartphone penetration in some key emerging countries is pushing upwards fast and this might be an opportunity for those unable to compete with the big boys in the valuable key markets in North America and western Europe.

Asian markets are harder to tackle for most western developers and this is also the case for the bigger players. The reverse is often true, too. There are few Asian players that can replicate their success in the west. Collaboration may well become the norm soon (again, the marriage between Supercell and GungHo may be a trailblazer for this).

To learn from the best!

What was your favourite mobile game of 2013?

Judging by the number of hours I spent, it has got to be Candy Crush Saga.

It is also a good demonstration on how to effectively use a lot of behavioural dynamics around an extremely well-known game concept and nailing it!

I don't do resolutions...

Will iOS game controllers revolutionise mobile, or are they a step towards an Apple TV games console?

Made in Britain: Do developers have a responsibility to reflect their national culture in play?