Costs will rise in 2014, but so will the opportunities 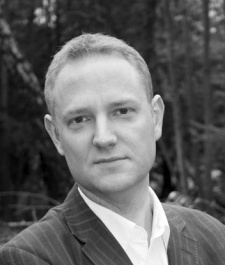 Harry Holmwood is a 20-year veteran of the video games and online space.

A games programmer before joining Sony's PlayStation team in 1994, he founded developer Pure Entertainment, which launched a free-to-play online gaming service way back in 1999. He was also a director of pioneering motion gaming start-up In2Games.

He's now European CEO of Marvelous AQL, a Japanese developer and publisher of social, mobile and console games, including No More Heroes and Harvest Moon.

Harry Holmwood: For us, it was launching our first mobile titles in the western market.

For the industry, it was seeing huge successes like Clash of Clans and Candy Crush Saga show that the best games can continue to entertain players in the long-term, generate big revenues and lead on to major IPO or investment deals for the creators.

Incredibly tough. The sad truth is that it is getting increasingly difficult to compete on app stores without making huge investment in development and marketing. Indies are getting squeezed out.

There will doubtless continue to be outlier successes which we should all celebrate, but we'll see huge numbers of small studios vanish under the weight of immense competition.

But it will be exciting too - for those who can create games which stand out and delight users, whether F2P or premium titles.

As a subsidiary of a Japanese publisher, we are something of a gateway to the east for western developers and vice versa.

Both markets are incredibly strong for the right content, and we're starting to see big western titles cross over into Asia and be seriously successful. I'd expect to see this trend continue.

The best and most creative developers out there.

Do not underestimate the power of a publisher: MAQL Europe's Harry Holmwood on why publishers matter