2014 is time to experiment with monetization techniques 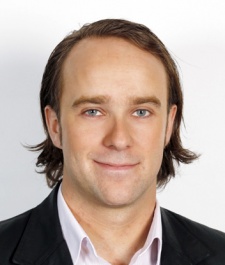 During his time at RealNetworks and Mr.Goodliving, he helped launch over 100 games including titles such as Scrabble, Trivial Pursuit, South Park, NCIS, Twilight, COLLAPSE!, Tiki Towers, and Doodle Jump (on non-iOS platforms).

What do you think has been the most significant event during 2013?

Wilhelm Taht: The even quicker move to free-to-play games than developers and publishers expected must be categorized as at least one of the biggest events for this year.

The conversation has moved from "Whether or not to do F2P?" to "How best to do F2P?", and in some cases "How to do F2P with a clear conscience?". It's a healthy step for the industry.

As for Playground Publishing, this has been an amazing year to start on our road towards success. The amount of talent and excitement in the game development space is unbelievable at this moment.

I think it will be to find new ways of monetizing F2P games that feel 'fresh'. We need to move away from Skinner Boxes and find success via experimentation.

As the access to marketing tools and to analytics has become completely democratised; anyone has a shot for success.

Access to large capital can always be justified with metrics i.e. if you are a developer, with a F2P game that

So the age-old mantra still holds true; focus on building great games. It's just the way those are built that has changed over the past years.

There are very few developers or publishers that have truly cracked both sides of the 'world'. The rewards for doing so and becoming a truly global publisher are immense.

I hope to engage in heated and intelligent debate, play great games, meet new people and have some fun!

My New Year's resolution is not fit for publication!

As for the industry; I think trying out new things in F2P and breaking away from the tired and old formulas is something we should all get behind.

New outfit Playground asks, Do you want to build a marketing team or work with a publisher?