On Microsoft's 'dramatic' buyout of a Finnish giant 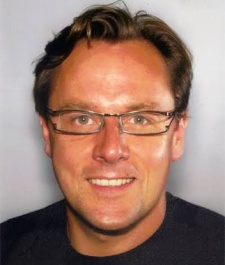 As 2013 fades into memory, it's time to look back at the events that dominated the last 12 months in mobile gaming.

Alex Bubb is head of partner management and marketing for games at Nokia, having previously worked at the likes of Sony Ericsson and T-Mobile.

Pocket Gamer What do you think was the most significant event for the mobile games industry in 2013?

Alex Bubb: I think taking a macro view, I would say the establishment of Finland as the new centre of gravity for mobile games developers.

Whilst this was started with Rovio back a few years  Supercell's investment has really showcased the greatest talent on the planet.

What was the most significant event for Nokia?

Undoubtedly two things: Firstly the announcement of Microsoft to acquire Nokia's device business. Whilst not entirely unexpected, the drama was something else.

I was particularly impressed to see how well internally the news was taken and the opportunities laid out for 2014. But secondly I think hitting 10 percent market share in many markets really helped to validate the strategy in helping Windows Phone to become the third ecosystem.

I think this is now widely accepted and we have a great opportunity to go forward with wide support.

Undoubtedly 2014 was a great year, with several mega hits - but I would like to call out in particular Hill Climb Racing - very simple unassuming game that drove 100 million plus downloads.

The momentum behind that game seems to continue and certainly on Lumia devices continues to perform outstandingly.

On the other side of the coin I would have to call out Halo: Spartan Assault. A truly fantastic 'mid-core' game that shows that there is still a place for gamer games.

I also think well see Gameloft and EA continue to fight back strongly in the free-to-play world.

I would like to see the balance between 'performance' marketing and 'brand marketing' re-addressed.

I think performance marketing and monetisation has become a little too aggressive in some areas, risking damaging equity of some franchises. I think the industry can definitely strike a better balance here for the greater good.

Thanks to Alex for his time.