'I'm pleased the death of premium hasn't happened yet' 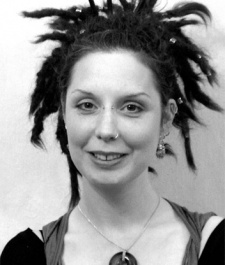 Anna Marsh: I've been so busy I've missed a lot of stuff going on this year unfortunately, but I think 2013 has seen some fantastic premium games on mobile.

I'm not anti F2P and, in fact, we're working on a F2P project, but I'm pleased that the death of premium as predicted by some hasn't happened yet, it makes mobile games much more varied in scope to have that choice.

What was the most significant event for Lady Shotgun?

Being awarded a Prototype Grant from the University of Abertay, which we used to create a prototype of our antiques themed project Relic Restorer.

The strict deadlines meant I had some really crazy, stressful times this year - but the end result has opened up some great potential opportunities for us which I've got everything crossed come to fruition in 2014.

DEVICE 6. Perfect, perfect match of device and game. Simogo's games get better and better - I'm extremely jealous of their talent. Plus - the "Anna" song in the soundtrack made me smile for a whole day after hearing it!

I'm rubbish at predictions, but I know Microsoft and Amazon are both seriously putting real effort into getting good games on their mobile platforms with tangible support for developers.

I'm looking forward to seeing how that pans out and if those efforts start to challenge the dominance of iOS for game developers.

Its been a tough learning curve for me this year on the business side of things, so my resolution is to learn from all the challenges this year to make our projects next year run smoother.

Resolution for the industry? More publishers and platform holders willing to share financial risk and provide at least in part dev budgets. It would massively improve the quality of mobile games.