On the industry's need to trim the fat 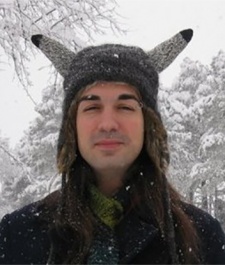 Matt Diener is PocketGamer.biz's man on the other side of the Atlantic, covering all things mobile across North America and - much to his disadvantage - used to setting his alarm clock early enough to catch us Brits before we pop off to bed.

Matt Diener: If I had to pinpoint one  which I guess I do  it'd be the investment in Supercell by SoftBank and GungHo Online.

While impressive in its own right, I think the implications it has for the industry will be felt soon as smaller studios struggle against the massive capital of three or four behemoth companies.

What was the most significant event for Pocket Gamer?

That's a much easier question to answer - the launch of PocketGamer.biz Asia was a pretty significant step for us as it shows our dedication to covering the huge mobile markets in Japan, Korea, and China.

Kind of a tough one there since I've been covering a lot of handheld titles recently - and they've seen a flood of incredible games in the past 12 months  but in terms of pure mobile, I'd go with Blackbar.

It reminds me a lot of my favourite book, House of Leaves, and it does an incredible job of storytelling through a very simple medium.

I'll be on the lunatic fringe here, but I see a lot of change coming soon and a move away from freemium for smaller studios.

I think the market's so flooded with free games that consumers are going to move away from fast-follows and clones and gravitate toward quality, polished products which are  unfortunately  something smaller studios can't afford to give away for free.

Of course, if Apple or Google changes their digital curation this might not happen, but the static App Store rankings of this year show that the big players have figured out how to play the system.

Oddly, they're not as divergent as you'd think. I'm a fit fellow - exercise is a priority for me, after all - but my overall goal for 2014 is to get in better shape, and I think that's something the industry could afford to focus on as well.

We're getting a bit bloated, honestly, and I think anyone looking to launch a game now faces an increasingly inhospitable uphill battle to get the game noticed and see any sort of return from it.

If we trim the bloat, and focus on delivering polished products, this situation should, hopefully, correct itself.

Thanks to Matt for his time.