Supercell deal was a vote of confidence in mobile games 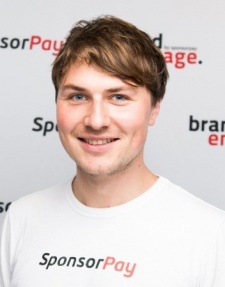 Janis Zech is the co-founder of SponsorPay, which fuels the app economy by creating solutions for smarter ad monetization.

Janis Zech: SoftBank and GungHo's $1.5 billion strategic investment in Supercell was a resounding vote of confidence for the mobile gaming market, as well as confirmation that iOS and Android are becoming the biggest gaming platforms.

The launch of iOS 7 also had huge impact.

The upgrade was the fastest and largest software upgrade in history, and with it came the deprecation of UDID and the push to use IDFA. This change, of course, had far-reaching consequences within the advertising industry.

We've had a great year with many milestones for the company.

Besides growing our wonderful team and working with many great partners both new and existing, our most significant achievement in 2013 has been expanding our platform to become a supply-side platform that empowers developers to integrate, manage and optimize all their ad revenue sources.

We're excited to continue fueling the app economy in 2014 by creating solutions for smarter ad monetization.

Choosing just one is impossible - there have been so many awesome game releases this year! I'm a sucker for tower defence games, so Bloons TD Battles by Ninja Kiwi comes to mind. The multiplayer functionality is a highlight.

Angry Birds Go! by Rovio is another current favorite. Beyond resurrecting the joys of the Angry Bird cast, it's reminiscent of Mario Kart, which always brings back happy memories.

I'm also completely addicted to QuizUp. It's a great reminder that it's still possible to define a new game genre and create viral growth.

The most significant, industry-changing trend is that mobile games are becoming a hit-driven business, dominated by fewer but bigger companies.

Within this movement I see several smaller sub-trends:

Tech companies are about product, people and partners. Choose these three things wisely and youll win.