Do you know what makes your game stand out? 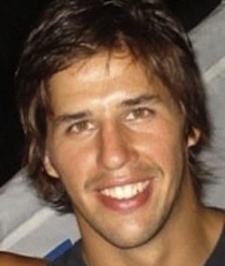 Franco is the co-founder and CEO of ZupCat, a leading social and mobile game development company from Latin America, producing games that have been downloaded by more than 10 million, across 200 countries.

Prior to Zupcat, Franco co-founded Mindset Studio, a software developer company that has completed several jobs for Top Fortune 500 clients such as Accenture, Viacom, Cartoon Network, Fiat, and others.

Founded in September 2011 in Buenos Aires, Argentina, ZupCat's Facebook and mobile games have been downloaded more than 10 million times.

During 2013, it partnered with Square Enix to co­-develop mobile games specifically tailored for the Latin American market, and partnered with Fox Sports to develop its official Brasil 2014 Soccer Game.

Pocket Gamer: What do you think has been the most significant event for you during 2013?

Franco Breciano: For ZupCat, we successfully transitioned from being a social games company to a mobile games company, also working with Square Enix and Fox Sports.

As the mobile space is consolidating and becoming more and more competitive, the quality bar is rising, and that puts pressure on everyone, especially independent developers.

What's your advice for indies?

It's becoming harder and harder to stand out, so my advice is

Do a lot of market research to understand which games work, and why.
Indie developers have scarce resources so focus on core features that make your game unique.
Understand who are the best partners to distribute your game.

We think Latin America is becoming a relevant market. It's growing fast year after year as smartphone and credit card adoption grows. This is especially the case in Brazil.

For companies like us in Latin America, coming to conferences like Pocket Gamer Connects is great. We want to connect with other great developers and publishers, and learn about the industry's new trends.

My resolution is to spend more time with my family. (I'll be a father in April.)