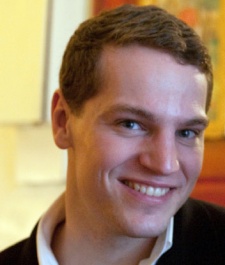 Nicolas Godement-Berline is the GM of gumi Europe, the Paris-based operation of the 500-strong Japanese mobile game developer and publisher.

Nicolas Godement-Berline: By far, it's the fact that at least three F2P mobile games - Candy Crush Saga, Clash of Clans and Puzzle & Dragons are now well on their way to becoming billion-dollar titles - if not already there.

For gumi, 2013 has seen us successfully transition from being a Japan-centric feature phone web game developer to a truly global native smartphone games developer. This is true for several of the large Japanese mobile gaming companies too, and in itself a significant event for the industry.

We are now entering a phase where mobile gamers will want higher quality, more original games. This creates amazing opportunities to innovate and excel in new genres.

It's also a challenge as consumer demand for high production values is on the rise. 3D games are going to be a big thing in 2014, so some studios (including us) will have to evolve their production pipelines.

Most top games already have multi-million dollars budgets and year-long development cycles, so the fast-follow approach to releasing games is going to be harder and harder to execute on.

I personally can't wait to discover what amazing new experiences developers will come up with in 2014.

I think the indie rockstar glory days are over, in the sense that you probably won't be able to farm out yet another retro pixel platformer and automatically get attention.

That said, there's definitely still room to build a profitable indie business with a couple of quiet hits as the overall market value is expanding.

It will be all about finding niche genres that are underserved by the big guys but popular enough so that you don't need a high user acquisition budget to get started. Make the best games about fishing, skiing, butterfly hunting, yoga or what have you.

Aside from Japan, at gumi we're seeing amazing revenue growth in South Korea and, perhaps somewhat surprisingly, Taiwan and Thailand. China is obviously on our list and probably where the biggest chunk of 2014 growth will come from.

In addition, our strategy is to "Think Global, Act Local".

In Europe in particular, we're going to have a very local approach to how we tackle every country (UK, France, Germany, Spain, Russia etc). I'm convinced there's a huge opportunity in offering dedicated content and strong customer service.

I really want to get a feel for where the industry is heading in terms of popular genres and production pipelines, budgets, team size - that sort of thing.

I liked Glu Mobile's Deer Hunter 2014 for its very smart approach to FPS on mobile, and logged countless hours on 2K's XCOM on iPad.

In terms of gumi, we are gradually rolling out our JRPG hit Brave Frontier, it's actually already available in the UK. It's exactly what a F2P JRPG should look like on mobile, and it's one of my favourite games this year.

Mine is to stop thinking about the games industry 24/7 and get back into reading comics, drawing and other hobbies.

I also wish the most creative minds of our industry spent less time debating about whether free-to-play is evil or too difficult, and more time making innovative F2P experiences that are neither exploitative nor unsuccessful.