Indies need to focus on genre and platform niches 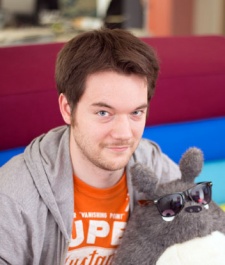 Paul Croft co-founded Mediatonic eight years ago and has been the creative and commercial force behind multiple top-grossing and award winning titles on mobile, console and online.

Paul now acts as the firm's creative director and has led the design of multiple social games projects including Superbia, a virtual world for Disney.

Paul Croft: For me, the major events for mobile games in 2013 are:

For Mediatonic, we hit several major milestones in 2013. Game Fuel, our content management technology for games served over 50 million sessions a month for the first time and we're currently in the process of looking to roll this out to thirdparties.

We also hit #1 ranking in App Store charts across the world with Amateur Surgeon 3 [for Adult Swim], so it's been a good year!

Directly linked to my CPI trend above, I think this will be one of the biggest challenges for the industry in 2014, particularly for new companies entering the market.

Without large cash reserves or a plan to reduce UA costs, achieving success (ie, ROI of at least x3) will become a bigger and bigger challenge.

For indie developers, I think some of the biggest opportunities in 2014, will come from the emergence of new hardware and platforms from Amazon, Microsoft and others.

On launch, these platforms will lack content and competition, a great opportunity for indie developers to get in and make money before they reach a scale that becomes appealing to major publishers.

For established mobile companies, I believe the biggest opportunities are around going global - in the sense of content distribution, but also in how games are designed and built, there is much we can learn from other markets to improve odds of success in our domestic space.

As we're now playing in mature markets on mobile and Steam, 2014 is going to be a very tough year for indies targeting these spaces.

My primary advice for people launching new games is to look to new platforms where your speed, scale and agility is a strength (eg, Windows Phone). The overall revenue potential is lower, but that will play to your advantage as it won't attract big competition (yet).

To follow that up, develop your games in a technology that allows you to port them to as many platforms as possible, in a short a time as possible. Maximize on your big investment (making the game) through making the most of distribution opportunities.

I highly would recommend working with a publisher or partner when looking at the established markets such as iPhone if you're a small team  successfully launching a game into these platforms requires a large range of different skillsets in PR and UA.

Overall, 2014 is going to be tougher than at any point in the last 4-5 years for indie developers, so it's more important than ever to pick your battles, partners and platforms with care.

At Mediatonic, we believe that there are huge opportunities in mobile created by eastern and western companies working together. We've been working with the Japanese in this vein for more than two years now and have learnt a huge amount during this time.

For companies with western games looking to head east, if you've got a proven game, then it's a great (and potentially very lucrative) market for your content if you're prepared to put in the effort to culturalise and tune the game to local tastes.

Many classic Asian style games have not yet successfully made the transition to the west or taken off in a big way, with just a couple of notable exceptions (e.g. Mobage's Blood Brothers).

For me, one of the most exciting opportunities in 2014 is taking the well proven monetisation and live service techniques from the Asian markets and applying them to western content. I believe a lot of this knowledge has yet to be tapped and applied in the West and we'll see this begin to happen in the next year.

Korean and Chinese companies are now joining the Japanese in the push for the west and I believe there are a lot of fantastic opportunities for mutual collaboration and rewards.

I'm hoping to learn more about what's in store for 2014 and meet new partners to collaborate with, it's a great time to take stock and plan for the year!

Difficult, there have been so many to choose from!

My New Year's resolution is to play more games outside of my comfort zone, I'll apply the same to the industry as a whole.