It's time to give something back to the industry 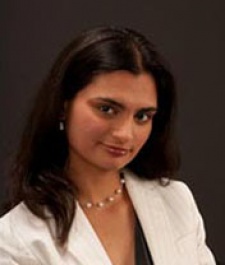 As 2013 fades into memory, we're sneaking in a final look back at the events that dominated the last 12 months in mobile gaming.

Sana is the CEO and founder of San Francisco-based YetiZen, which consists of the YetiZen Innovation Lab and the YetiZen Games Accelerator program.

Sana Choudary: The continued venture funding in gaming, despite all the doomsayers!

We completed our one-year anniversary for our games innovation learning and networking hub - what we call the YetiZen Innovation Lab.

Not to play favorites among our accelerator companies but for me as a game player it's Createrria from Incuvo since everyday I login, I find a new game to play which has been made by other players.

I think more international start-up gaming studios will rise to the top of the App Store charts, and there will be more platforms (monetization tools providers) winning in the market.

I want to give back to the industry more by extending the YetiZen Innovation Lab's great educational content to more developers, including those outside of the Bay Area and around the world.

The resolution I would enforce on the industry is for everyone across all levels to teach a bit of what they have learned.

There are too many great people who don't share for fear of not being top brass. I want to tell those people any knowledge you have is worth sharing, because that is how we raise all ships in the industry.