The new global platforms change everything in 2014 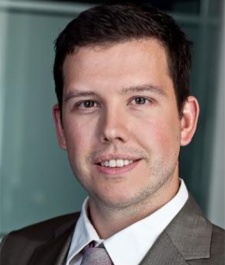 Nikola Cavic is the head of business development at Nordeus, the developer and publisher of Top Eleven - Be a Football Manager, the most popular social sports game in the world, with over 12 million active users.

Prior to Nordeus, he spent five years with CCP Games where he was responsible for sales and global distribution of EVE Online, and has been involved in a number of international projects with global leaders in the gaming industry.

Nikola Cavic: There are few things that stood out. The rise of the new platforms such as Kakao was nothing short of extraordinary.

For me, it was probably the biggest event in the mobile games industry and it led to the intertwining of East and West: not only through distribution via different platforms, but via acquisitions such as the one with Supercell, which was a pretty big news on its own.

As for Nordeus, 2013 marks the most successful year since the company was founded. We managed to strengthen further Top Eleven's domination among sports games, opened three new offices worldwide, and generated record revenues.

It was absolutely an amazing year and we can't wait to smash those records in 2014.

The biggest opportunity and challenge will be figuring out how to grow your business in the new markets, whether that is Japan for European developers, or Germany for Japanese developers.

While this was always a challenge, and these markets have always been large, the emergence of new global platforms in 2014 will allow us to take on these new markets that were traditionally branded as fragmented, completely different, and difficult to operate in.

I think it's going to be a fantastic year for indies if 2013 is anything to be judged by.

In the PC market, Steam has done an amazing job with its focus on the indies through popular sales, Greenlight, and early access indie games, while Humble Bundle is another highlight for indies. We are seeing similar trends in the mobile industry where some of the best games have come from indie developers. I anticipate this trend will continue.

As for the advice for those launching new games, pay attention to the secondary and emerging markets. Top Eleven is the best example of a game with the worldwide success that was build on top of the strong growth in the emerging markets first.

It is the biggest opportunity of 2014 as far as we are concerned and we are very excited about taking Top Eleven to Asia in 2014.

In line with our expectations and goals for 2014, Asia is the hottest topic right now and I am looking forward to learn from the experiences of others and connect with the right partners who will help us bring Top Eleven to China, Japan and Korea.

I have probably spent well over 100 hours with Clash of Clans, but The Room 2 would be my favorite game of the year.

I love making and following through with New Year resolutions. It's one of the best times of the year for me personally. So for me, the biggest resolution is to grow the Nordeus business development team across the world to match the global expansion of Nordeus. It is very exciting time and I am looking forward to it.