Strive for LTV greater than CPI 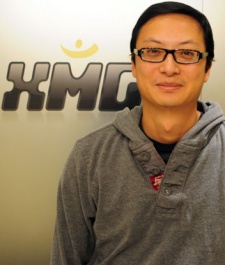 Irving Ho is a co-founder and VP, Finance at award-winning XMG Studio, one of Canada's largest independent mobile games developers.

XMG has seven titles with over 1 million installs and three titles that hit #1 worldwide. He is a veteran of the finance industry with 10 years of experience in equity research (covering wireless technology) and portfolio management.

Irving Ho: One of the most significant events from a user acquisition standpoint was the growth of attribution services like Appsalar, HasOffers and Kochava, which can be tied back to the emergence of Facebook as a leading advertising channel for mobile games.

Attribution enables us to direct our user acquisition spending towards ROI positive channels.

From an XMG perspective, the release of Fashion Star Designer was our biggest headline. This is a sequel to Fashion Star Boutique and builds on our success as one of the top fashion games in the Appstore.

App store discovery and user acquisition will continue to be major challenges for developers in 2014.

But with these challenges, also come opportunities. Indie developers will have to look for 'moneyball'-type strategies such as cross promotions with other developers.

Can you provide indies with any advice?

With longer development cycles and bigger production budgets, it will continue to become a tougher environment for indies but we still believe that there will be areas of opportunity in 2014 and beyond.

One question that indies should answer is: "How is my game different from others in the app store?"

We think that Asia offers significant opportunities and has been largely untapped by western developers. Many Western developers are unfamiliar with intricacies in the Asian markets and that's why we partnered with Yodo1 in 2012.

Our main goal at PG Connects is to develop new publisher relationships in Asia.

Aside from the mass popular games like Candy Crush, Battle Run by a local Canadian developer (Gamehive) made a good foray into the real-time multiplayer game category, which should be a fast growing genre over the next few years.

For indie developers to strive for LTV greater than CPI.