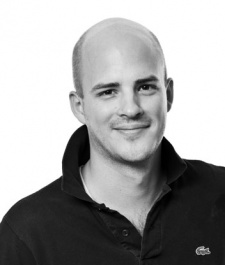 In addition to his MD role at remote control productions, Hendrik is Executive Producer of the development studio Chimera Entertainment, as well as Deputy Chairman of the German game developers association ‘G.A.M.E. Bundesverband’, board member of the EGDF (the European Games Developer Federation), a member of the jury of the German Developer Award, and executive board member of the non-profit association ‘Videospielkultur e.V.’, focusing on the political and academic acceptance of video games as goods of cultural value.

As well as being the CEO of Munich-based production house remote control productions, Hendrik Lesser the deputy chairman of the German game developers association G.A.M.E. Bundesverband and board member of the European Games Developer Federation.

Since 2005, he has been building a network of development studios throughout Germany. The best example of this is Chimera Entertainment. Starting as a student team, Chimera is now a successful development studio with more than 30 employees.

Hendrik Lesser: It's definitely the boom in the Asian market and the convergence of what were once largely independent segments of the mobile games market. East and west are coming together.

As a reflection of this process the merger of Supercell and Softbank is one of the milestones. Big old gaming companies like EA and Activision are still struggling to get a strong foothold.

As in 2013 the mobile market will grow and grow and grow. It will stay really complex with tons of fantastic games and apps that unfortunately won't be discovered by the audience. CPI rates will reach new highs and the big mobile publishers and developers will still rule.

I think the role of instant messengers like Line or Kakao as 'gaming platforms' in the western hemisphere will get stronger: connectivity with these messengers might even be crucial for success in the upcoming years.

Indie is still going strong, especially on PC. For mobile it is really hard to get the reach and exposure without a strong partner. We have to see what the next-gen consoles offer for indies. I think that Microsoft and Sony have to strongly commit themselves to indies.

My advice for people launching games is do your marketing homework or launch with a strong, enthusiastic partner.

The opportunity for western companies to dive into the Asian market is clearly there, but it's really tough to be successful. You have to have the right game and the right partner. It's simple as that.

But to specify the right game is going to be a tough one, and to convince one of the big publishers could be even harder. But it's definitely worth a try. Having already worked with two of the biggest Asian publishers I have to say that such cooperation is really fun and enjoyable, but intercultural expertise is required.

What I'm really eager to see is the growth of emerging markets such as India or South America. They are going to be big, but I think it will take some more time.

I'm looking forward to meet and listen to interesting people, take learnings from lectures and post mortems, and to develop and deepen business relationships.