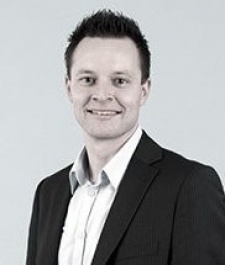 Mika heads Applifier’s Business Development for Europe and has spend his career on mobile games & apps discovery and distribution. At Applifier he helps developers to monetise their games with Everyplay gameplay recording and sharing solution.

Mika heads Applifier's business development for Europe and has spend his career in mobile games and apps discovery and distribution.

At Applifier, he helps developers to monetise their games with the Everyplay gameplay recording and sharing solution.

Mika Kuusisto In a true 'East meets West' spirit I have to say the Supercell deal was the biggest news of the year. Also, free-to-play has taken the market with a pace I don't think many of us expected.

As for Applifier, 2013 was the year of growth and scaling our products and teams to support hundreds of developers out there. It has been amazing to see how Everyplay Replay recording and sharing network has been driving up to 7.5 percent of daily installs to some developers.

I believe getting your game discovered will remain challenging in 2014. Developers need to find new ways for acquiring users, especially indies without deep pockets.

Going global is an opportunity I know many of us are looking forward to capitalise on in 2014.

Market keeps getting bigger, which is always exciting and brings many new opportunities for indies as well. My advice is not to forget what's most important - build amazing games!

I look at Japan and South Korea with huge interest and with respect - opportunities in those markets are significant and everybody knows how difficult those markets have traditionally been for western companies.

We have some exceptions like Supercell, which proves it is not impossible. Their example inspires all of us.

I hope to learn from the best, meet great people, and play some cool games.

It's difficult to choose between so many great games launched. But if I have to choose one, it is Badland from our friends at Frogmind. Badland's graphics, physics, design - the whole package - spells addiction to me.

My resolution is to play more games with my two beautiful daughters. I have lost some 30 rounds of the Princess Cup Cake board game already!

For the industry, keep pushing the barriers and create great games!