Alisa Chumachenko on going broad and deep in 2014 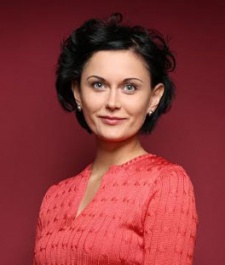 Russian F2P developer and publisher Game Insight had a big 2013.

It raised an additional $25 million in investment, using that cash to scale up the ambition of its output from a predominantly casual portfolio to more complex and core games.

So with everything to play for in 2014, we thought it would be a good opportunity to catch up with CEO Alisa Chumachenko to get her view on how Game Insight and the industry are changing.

Pocket Gamer: F2P games are taking longer to make as well as becoming much more expensive. How is this impacting a company like Game Insight, which makes a lot of games?

Alisa Chumachenko: For us, our focus has always been on delivering high quality, engaging game experiences that are free-to-play. We're very happy to see that the mobile gaming audience has matured to include more discerning players who are ready for games that are bigger, more in-depth, and offer more in the way of content, gameplay, and graphics.

As you know, Game Insight has already been branching out from casual games into core and mid-core games this year with the release of our hardcore massively multiplayer online (MMO) game Dragon Eternity, as well as mid-core titles like Starborn Wanderers and Tank Domination, with many more to come in the future.

How do you expect the type of games you release to change?

We started out in 2010 focusing exclusively on casual games and have become known for popular city-building games like The Tribez and Airport City, as well as for hidden-object games like Mystery Manor.

As mentioned, in 2013, we've been branching out into more core titles, including epic space role-playing games like Starborn Wanderers, tank simulations like Tank Domination, and hardcore MMOs like Dragon Eternity.

This came about from within Game Insight, which is a company full of people who are passionate about games of all kinds - casual mobile/social, on up to hardcore PC and console games.

With the broadening of the mobile game audience to include more core players who are ready for deeper experiences, we were excited by the opportunity to go beyond casual titles into more core experiences ... to make more of the kind of games we ourselves love to play.

In the future, we'll continue to play to our strengths in the casual space and just this year, we've released many new casual titles, including our hidden object game Hotel Enigma and Sunshine Bay, the successor to Airport City for social networks (with mobile versions to come soon).

We will also be working on several new core and mid-core titles that will explore exciting new genres, like Running Shadow, which will incorporate the mechanics of an endless runner game with in-depth role-playing and an epic storyline.

At the Live Mobile conference, you were talking up the potential of WhatsApp. Why do you think it will be so important for Game Insight?

WhatsApp is an extremely popular mobile messenger. Though it is unfortunately not currently open as a platform for gaming, we look forward to a time when (or if) it might be.

We've already seen that mobile messengers offer great opportunities for mobile game companies like ours and for app developers in general in the increasingly challenging area of discovery and user acquisition. Every mobile developer wants millions of users for their apps - a feat that is traditionally associated with flying to the top of various application stores with aggressive app marketing and subsequent organic installs.

However, at Game Insight, we've also seen that mature, developed messenger apps can offer an alternative means of reaching users, especially by developing in-app methods of delivering other apps to users, such as with direct pre-installs or in-messenger stores. Earlier in 2013, Game Insight inked a deal with South Korea's largest messenger app, KakaoTalk, to bring our casual title 2020: My Country to that messenger's enormous audience of more than 100 million users.

In order to really take advantage of these global opportunities, it's absolutely crucial to be a global company that can forge relationships with important international partners like these.

As a Russian company, you've been pushing hard in the US/European markets in 2013. How does China, Korea and Japan fit into your plans for 2014?

Asia has been an important part of our plans for some time and will continue to be a focus going into 2014.

As mentioned, we brought 2020: My Country to KakaoTalk in 2013, and we've made other high-profile debuts in Asian markets this year as well, including Legacy of Transylvania on the popular Japanese social network Mobage. We'll have additional news to share in the future.

In 2013, you opened up for third-party publishing. How has that initiative been working?

We're happy with how things have been going so far, and look forward to even more opportunities to find great, undiscovered games and help bring them to market.

You have some games that are just mobile, while others like Dragon Eternity are cross-platform including browser. How do you decide which titles take which approach, and do you expect that more games will support browsers in future?

We decide which games will go fully cross-platform by choosing the games that seem like the best fit for this functionality. For instance, Dragon Eternity is a huge MMO game with tons of stuff for players to do.

Even though the game launched first on web browsers, we expected that players wouldn't just be satisfied to play the game only their desktop. With the game's fully cross-platform functionality, players can continue their adventure on whichever mobile device they happen to have handy, and keep all their progress.

For a massive game like Dragon Eternity, where players have high-level characters, dragon pets, and hundreds of quests, we feel that the ability to keep your progress from platform to platform is a hugely important, and very welcome, amenity.

What do you think will be the biggest challenges for large mobile game developers like Game Insight in 2014?

As I mentioned, I think that the mobile gaming audience is growing and maturing. There are now mobile players who also play traditional console and PC games and have higher expectations for deeper gameplay and better graphics than the typical casual game.

For companies like ours, the challenge will be to engage these core gamers, while also continuing to reach casual gamers with existing and new titles.

We're seeing companies such as King, Rovio etc. considering IPO while others like Supercell have decided to remain privately-held. What's the corporate plan for Game Insight?

We decided in 2013 that we would remain private and currently have no plans to change course at this time.

Thanks to Alisa for her time.