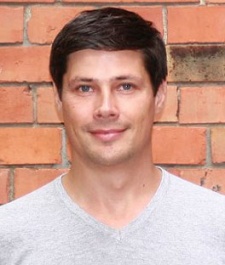 Franco is the co-founder and CEO of ZupCat, a leading social and mobile game development company from Latin America, producing games that have been downloaded by more than 10 million, across 200 countries.

Prior to Zupcat, Franco co-founded Mindset Studio, a software developer company that has completed several jobs for Top Fortune 500 clients such as Accenture, Viacom, Cartoon Network, Fiat, and others.

At SponsorPay, the world’s leading value-exchange advertising platform, Tomas is responsible for managing all EMEA publishing partners in addition to acquiring and building relationships with new partners.

Tomas has over ten years of international experience in monetisation, business development, B2B and B2C sales, as well as product management.

It's mere hours to go before Pocket Gamer Connects 2014.

Tomas Piktozis is SponsorPay's director of developer relations in the EMEA region. He has more than ten years international experience in B2B and B2C sales, business development, marketing, project and product management.

Pocket Gamer: What were the most significant changes to the app economy you saw in 2013?

Tomas Piktozis: Freemium in mobile gaming staked its claim last year. By November 2013, half a billion people had installed Candy Crush Saga for free, and it was named top grossing app of 2013 on iPhone and iPad.

In the future, 2013 will be seen as the year that freemium became the default option for developers.

Ad placements in apps are also becoming more widely accepted. In June, Facebook simplified its mobile app ad installation process, so that developers could place ads with only an App Store URL. The quick and streamlined process was encouraging for marketers.

How do you think new mobile advertising trends will impact the mobile games industry in 2014?

Monetization will remain a key focus in 2014, especially with mobile gamers being such a high potential audience.

Mobile video is the forerunner here. Data shows that 15-30 second mobile videos have the highest conversion rates, so videos of this length will become more popular.

What about indie developers in particular, is it going to be a tough year or an exciting one for indies?

In today's landscape, indie developers aren't faring as well as they used to. Of course, there's still room to make a big splash.

My advice is twofold: differentiate your game, and then build a marketing strategy that will excite gamers and attract press coverage.

To differentiate, make sure to dig deep into the industry and avoid the trap of creating just another adventure game, or just one more puzzle game. Indie developers have a history of creating games that are unconventional and quirky - use this to your advantage.

Marketing is important because you're competing with a huge number of developers for gamers' attention. Going the extra mile will make a big difference. Create videos that give users a taste of your game environment, and foster a strong and memorable identity for your game.

Beyond that, don't underestimate the value of word-of-mouth marketing. Fifty seven percent of game discovery awareness comes from word-of-mouth recommendations, which indicates a strong gamer preference for peer-to-peer discovery.

There's a strong trend of East meeting West with US/European publishers looking to make headway in the rapidly expanding markets of Japan, Korea and China and vice versa. How big do you think this opportunity is and which markets are you most excited about in 2014?

The opportunity in Asia is huge. China, Japan, and South Korea are the three biggest gaming countries in the world.

The stats tell all: smartphone ownership in South Korea grew the fastest among 43 advanced economies over the past two years, and Japan has the #1 revenue per download on Google Play games and iOS games worldwide.

I think Japan is particularly exciting. There's a lot of collaboration among gaming companies there to partner up and revitalize creatives. For instance, a signature character from one gaming company might appear for a limited time in a partner company's game. It's a cross-promotional strategy that can help bolster small developers.

What are the takeaways you hope to discover from attending Pocket Gamer Connects?

I don't work with developers from that region on a regular basis, but I'm interested in the industry innovations coming from South American markets - especially after reading Franco Breciano's Speaker Spotlight.

What do you think is the most promising recently released mobile game?

QuizUp has garnered a lot of attention recently. It's an addictive game, and its more than 5 million downloads prove that I'm not alone in thinking. Its fun content, social features and speed have turned it into a viral success.

And the way they are building engagement is particularly interesting. Apparently, users spend an average of 30 minutes not only playing the game but also messaging friends and participating in discussion boards.

What are you looking forward to this year?

We're looking forward to welcoming more great partners on board, innovating to address the industry's biggest problems, and continually learning in such a rapidly growing space.

2013 was a defining year for mobile, and we're confident 2014 will bring more good things!