Demiurge Studios reveals its next steps 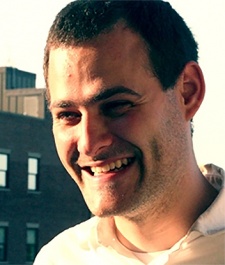 Over the past twelve years, Demiurge Studios has made quite a name for itself from the unlikely homebase of Cambridge, Massachusetts.

After contributing to PC and console titles like BioShock, Mass Effect, Borderlands, and Rock Band, Demiurge struck out in the mobile scene with Marvel Puzzle Quest: Dark Reign.

Following its October launch, Marvel Puzzle Quest cracked the top 100 games list for both iOS and Android and recently peaked at #36 in the Top Grossing charts.

We caught up with Demiurge CEO and co-founder Albert Reed to talk about the lessons his studio learned from Marvel Puzzle Quest and what impact its success will have on Demiurge's future ambitions.

Pocket Gamer: Demiurge has a long history developing for PC and consoles and has worked on everything from Rock Band to Mass Effect - what prompted the shift to mobile game development?

Albert Reed: The original Puzzle Quest was fantastic on the Nintendo DS because it worked so well on a small screen with a touch interface.

The proliferation of smartphones lets us take that same fantastic experience and put it in the hands of far more players and that huge scale lets us give the game away for free.

At the end of the day, Demiurge's business is creating great entertainment. We'll put that content on whichever platforms are best suited to delivering the experience. Lately, we've been finding that the experiences we want to create are best-suited to mobile.

How does mobile factor into Demiurge's strategies in 2014 and beyond?

As a result of Marvel Puzzle Quest's incredible success, that's changed quite a bit. Now that we have a solid formula for puzzle/card-battlers, we'll 'go wide' and start developing games for other markets and with other licenses.

As the Candy Crush gamers start seeking out richer experiences, I think they'll find our genre to be incredibly appealing.

MPQ has great 'core gamer' appeal so we'll continue to grow the business with more titles focused on that market as well. To make all of that possible, we need to expand our publishing and distribution capabilities. That's probably our greatest challenge in 2014.

There wasn't a lot of build-up to the release of Marvel Puzzle Quest back in October - do you think this affected its initial launch momentum?

Marvel Puzzle Quest can be 'on store shelves' forever.

That means we don't need to stress about having amazing Week 1 numbers. It lets us build a PR schedule that allows players to download the game the moment they hear about it.

That strategy worked well for Marvel Puzzle Quest, but it may not be what core gamers and gaming press are used to.

What challenges did you face in working with such a large and established IP like Marvel?

We've worked with a number of big brands over the years. The collaboration with Marvel has been an incredibly positive experience. Probably the biggest challenge was hitting the incredibly high standard Marvel has for artwork and story.

The team there reads every line of dialog and comments on it in detail. We've been fortunate enough to work directly with a couple of their writers who know the universe as well as anyone.

While that certainly creates challenges, it ends up being a huge advantage. Their direct involvement in the day-to-day creation of the story and character is what makes the game a truly authentic Marvel experience.

Marvel Puzzle Quest saw some changes after launch, and a few - like increased heal times - were received poorly by players. How important was player feedback to the updates you implemented?

The entire development of MPQ now revolves around what our players are saying and doing.

Every morning the team gathers around a large screen with the latest information. We look at how popular our newest characters are, how many missions folks play every day, how many people are participating in the latest events, etc.

Several times a month, members of the team get together and review feedback submitted through the in-game form, the app store reviews and game's forums. That feedback is what informs which features will next be added to the game.

We've become pretty good at running live services, but every so often we still botch the messaging or implementation of a new feature. As the game matures, we discover issues with the balance and subsequently have to improve or reduce the efficacy of certain characters.

As gamers who've been on the receiving end of those changes we know how un-fun that can be. That short-term pain is significantly better than having a game where players only use a tiny fraction of the characters, though!

As a mobile title, we also struggle with widely varying play-times. On average, players play MPQ fifty minutes per day but there are many who play way less than that and more than a few enjoy multiple hours per day. We want MPQ to be a game that people can play casually, while watching TV, on the bus or between Titanfall matches.

Frequently that means making updates that allow the casual players to be more effective.

That doesn't always feel right to our hardcore players, but striking a balance in features to appeal to the full breadth of our player-base is an essential part of making entertainment for this huge marketplace.

Without exception, the game's financial performance has improved with each update and each new episode.

We view the in-game events and updates to the game as the single biggest driver of our success. Our ARPDAU has doubled since launch.

What's the most important lesson you learned in launching Marvel Puzzle Quest - and what advice would you give to others looking to break into the mobile F2P space?

Coming from AAA, it's been surprising how fundamentally different it is to be developing free-to-play and game-as-a-service projects. Our success in Marvel Puzzle Quest is a result of becoming students of successful F2P games and then applying our AAA experience to those lessons.

As a console developer, it's very easy to fire up Rage of Bahamut or SlotMania and dismiss them as simple, manipulative or even 'bad' games.

Their customers, like ours, are smart people who are spending money in exchange for quality entertainment. Their success isn't magic, it's science.

If you take the time to dig deeply into successful free to play games, the science will reveal itself and make your own titles better.

That's really all we did with Marvel Puzzle Quest: take a badass team that knew how to make fun, high-quality games, study how successful F2P games work and put the two together.

Thanks to Albert for his time.

More acquisitions made by Embracer with Demiurge Studios, Fractured Byte and SmartPhone Labs