Spanish start-up on learning from the masters 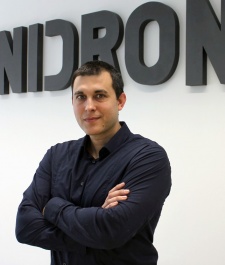 Spanish developer Omnidrone has been making headlines with news of its $2 million funding round.

It's not just the cash, though, but the involvement of Grand Cru investor Nokia Growth Partners and Supercell investor London Venture Partners that has raised interest.

Consisting of an experienced team previously at Digital Chocolate's Barcelona studio, we caught up with CEO Gerard Fernandez to find out more about the company's formation and his vision for the midcore F2P games that Omnidrone is working on.

Pocket Gamer: How do you think your previous experience at Digital Chocolate will help you grow Omindrone?

Gerard Fernandez: I think our time at Digital Chocolate is the key that will help us be successful. We learnt many things. For example we had the opportunity to become one of the best studios making free-to-play and social games in Europe.

Also, my time working under Ilkka Paananen [Supercell CEO and previously president of studios at Digital Chocolate] was one of my best experiences as an employee.

I had the opportunity to travel to Finland and learned a lot from our Finnish colleagues. Not only on how to drink beer in the sauna but also their open mentality, sharing ideas, sharing concepts, way of making games etc.

We haven't heard much about the Spanish mobile game development scene recently. What going on there?

Thanks to things like Mobile World Congress and some good Master degrees in videogames I think activity in Spain, and particular in Barcelona, has started to increase.

We already have a number of important developers such as Digital Legends, Novarama and Social Point, and also big companies like King have decided to open offices here in Barcelona.

I also think the fact that highly regarded VCs like Nokia Growth Partners and London Venture Partners have invested in us is another sign of how attractive Barcelona is for gaming start-ups. Spanish VC Kibo has been a part of this change.

In some ways a $2 million investment is a lot of money but in others - such as user acquisition - it's not. How will balance your spending in terms of company operations and game marketing?

That's true. One way of looking at it is $2 million gives us the opportunity to have five failures.

But once we have a successful game, we will probably need to raise a larger amount of money because $2 million isn't much for user acquisition.

Can you give us any details about your first game?

There are a lot of midcore games in the market. How will yours stand out from the crowd?

It is a strategy game for mobile and tablets, but using cool characters - which are a mix between vikings and hobbits - with different customisation options in a fantasy world. You have an specific mission, not just fighting to win loot or trophies.

A critical element in F2P success is running a game-as-a-service. What are your plans in this area?

The game should never end, and the core loop should be easy to understand and easy to reproduce.

We will add content on a monthly basis, listening what our users would like to have, and implementing those ideas that create value for the game and the community.

What do you think are the most important elements of monetisation for midcore games, which sit between a hardcore and casual audience?

For all freemium games, the most important element is retention; you can't monetise well if you don't retain your players.

To retain users, you need to create an emotional attachment between the player and their game session. Then, if the game is well-balanced and you've created enough interest for the player to invest in the game, the monetisation will happen.

Basically, I think you need to create a game that can be played completely for free but if players are attached to the game, sometimes they will pay to progress faster.