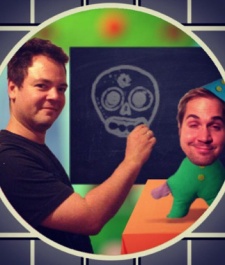 Primarily a two-person indie studio, it has to deal with limitations on budget and man-power that prove to be road blocks in achieving their artistic vision - a carefree and breezy vision heavily reminiscent of golden-era Taito.

So how does a small (but nimble) company like Infinite State Games get around these issues?

I spoke with Barry Island to find out.