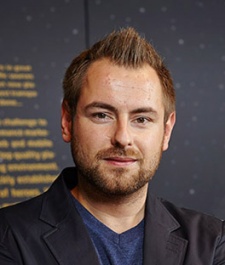 When it comes to advertising, it's all about reach.

And that's the thinking behind the deal which sees Berlin performance advertising outfit Crobo acquiring its Hamburg-based competitor TrafficCaptain.

The acquisition price hasn't been disclosed, but the result brings the combined group to over 50 employees, and better global contacts, especially in Asia and Latin America.

"It was a fast deal. We started talking five weeks ago and we really liked the team. And we're already seeing the first results," explains Crobo CEO Matthias Lesch.

Other advantages from the deal are more mundane, though.

"It's good to have an office in Hamburg as there are lots of developers there," Lesch says.

"Berlin's not that far away, but it's always easier to do business when you can pop over to someone's office."

"Both sectors are growing, but the shift to mobile is dramatic, tremendous," Lesch explains.

Currently, 40 percent of Crobo's business is related to mobile games, but Lesch expects its share to reach 70 percent by the end of 2014.

"We're seeing the higher budgets and the bigger profits coming from mobile," he says, adding that such is the pace of change the company has switched from making its internal growth predictions annually to quarterly.

Crobo expanding into USA and Asia through $5.75 million investment

We mixed things up at our Berlin Mobile Mixer