Developers need to go orthogonal or get a publisher, says Scopely CEO 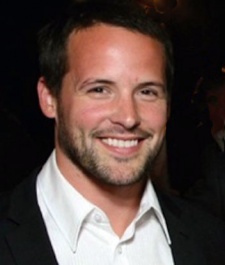 While some games are generating hundreds of millions of dollars, most developers struggle just to breakeven.

So while Flappy Bird-style fads will continue to provide a Hail Mary vision of what could be, the majority of content creators need to think much more seriously about their business.

That's the opportunity provided by US outfit Scopely, which avoiding the term 'publisher', prefers to label itself a "next-generation mobile entertainment network."

"The industry is more exciting than ever. The stakes are higher, and so is the competition," says CEO Walter Driver.

Launched in 2011, the LA-based company has focused on 'publishing' titles that use turn-based asynchronous gameplay; something it supports through its own technology.

"We've had four consecutive #1 iPhone games [on the US download chart]," Driver says, demonstrating the company's reach, which is particularly strong in the US.

Across all releases, its network has over 25 million registered players, and generates over a billion ad impressions a month; something used both to cross-promote new games and generate revenue.

Yet the market is always on the move, which is why Scopely is looking beyond simple multiplayer arcade games.

The company also has five games currently in development, although demonstrating Scopely's unique approach, Driver says he doesn't know how many Scopely itself will release.

"We test games in soft launch, but they can't meet our KPIs, we'll hand them back to the developer," he explains.

It's this sort of deep but open business relationship which makes next-wave publishers like Scopely, and fellow US outfit Tilting Point, the go-to companies for developers looking for business muscle to make their game a hit.

"Small developers provide innovation. They're bringing something unique to market, but they're operating at a competitive disadvantage," Driver argues.

"I think they need to work with a publisher or do something very different - go orthogonal."

In this respect, Driver says negotiations with developers used to revolve around their level of revenue share. But given the number of games being released, this model is fundamentally broken.

"Now the conversation is 'How can you improve the odds of our game getting into the top 50 top grossing chart?" Driver says. "Anything less than that [top 50] is relatively uninteresting."

In this respect, Driver's argument is that the app ecosystem is effectively now a closed market for new entrants.

"Some companies are spending $5-$10 million a month on user acquisition, and even if you have millions to spend, you need operational expertise in terms of how best to spend it," he says.

Indeed, the market is even more stacked against new companies because without access to cheap organic users such as those offered through networks like Scopely's, the cost of buying users is more expensive than for the incumbents, while because of the early stage of a title in terms of being a game-as-a-service, these users generate significantly less revenue.

In this way, Driver reckons new entrants might only be getting 20 percent in terms of the lifetime value of their users, while paying double for each install. Even with millions to spend on CPI, the maths does not add up.

"It's interesting because we're seeing larger, more experienced and better financed development teams coming to talk to us," Driver reveals.

His point is that why the quality of mobile games continues to rise, the success of a mobile game is now not dependent on its quality. Brutally stated, supply is saturated but the market is no longer a meritocracy enabling the best games to rise to the top of the charts.

"And we expect the market to become more inhospitable for new entrants," Driver adds.