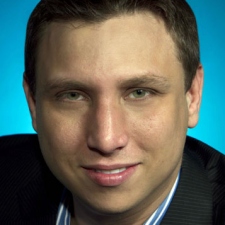 Well known in the industry from his time with games intelligence outfit EEDAR, Jesse Divnich has switched sides.

From advising developers on how to make and market better games, he’s now working for Tilting Point; one of the new generation of publishers.

Of course, being a new generation, it doesn’t like to be called a publisher, preferring the term “independent games partner”.

So, taking the title of Vice President, Insights and Consumer Experience, Divnich’s role is to advise Tilting Point’s partners on how to make and market their games better.

We caught up to find out more about his decision and the future plans for Tilting Point, which is about to release its first slates of titles.

Pocket Gamer: Why is now the time to move into 'publishing' and why Tilting Point?

Jesse Divnich: I evaluated other game companies and I have much respect for the traditional publishing business; but there's nothing typical or traditional about what Tilting Point does.

Our industry has changed dramatically in the last few years. Yes there are some significant new players now, but surprisingly many of them are still stuck in the traditional "publisher/developer" relationship mindset.

Tilting Point offers something unique and different that I greatly admire. In a world where independent developers now have direct access to hundreds of millions of consumers no one can afford to be following the old playbooks. The industry needs to evolve – in favor of content creators and Tilting Point is on the forefront of that change. So for me, this isn't about moving into publishing, it's about helping to change the industry for the better.

On a personal level, I first got bit by the gaming bug on the development side, working on game mods for the Quake series and Counter-Strike. Getting closer to game design has always been one of my core passions and this opportunity at Tilting Point allows me to work alongside some of the greatest developers, while at the same time providing research services that are part of my core expertise.

This opportunity allows me to make a bigger impact on marketing, game design, user acquisition, and monetization than I ever could before.

What does a Vice President of Insights and Consumer Experience actually do?

My position at Tilting Point - Vice President of Insights and Consumer Experience - is a critical role that utilizes the full spectrum of quantitative and qualitative research to support the needs of our partner developers, while keeping the positive consumer experience intact.

Analytics to support marketing and product management, consumer research, forecasting, focus groups, and vendor relations are just some of my day-to-day responsibilities. We included the Consumer Experience piece as an important balance to the position. The use of data from green light to post-launch is essential, but the over reliance on analytics is a pitfall that I've seen many developers and publishers fall into.

Sometimes you need to question the data and ultimately ask yourself how a data-driven decision will impact the consumer's experience with a game.

At Tilting Point, these art vs. science debates are settled before we ever make a recommendation to a partner developer. I've built enough respect with both publishers and developers over the years that they are confident any data-driven recommendation I make has faced great scrutiny with respect to its impact on game designs, the core creative vision, the game's quality, and the end-user experience.

That's my role at Tilting Point, using quantitative and qualitative research to support game design, marketing, user acquisition, monetization, and more while ensuring that the fun-factor, that positive rush of emotions we all get when we are immersed in a game, is unbroken or enhanced with every recommendation.

I am a gamer first and an analyst second. It's been a key reason for my success throughout my career and a key factor in the positive relationships I've built with game developers who are often skeptical, or have previously been burned by publishers, with the use of data-driven recommendations.

Tilting Point is pretty late into the mobile gaming ecosystem. Why do you think it has a chance to be successful?

The mobile and tablet gaming vertical continues to grow. You can only be late if you're entering when the tides are lowering, which obviously is not the case with mobile, tablet and gaming in general.

Tilting Point is also platform agnostic. Our first set of games are on the mobile and tablet platforms, but you will be seeing our titles on other platforms, both traditional, emerging, and unannounced.

Tilting Point will be successful because it has earned the trust and respect of the world's most talented game developers – developers who have already achieved a large degree of success on their own, but want Tilting Point to help them get to an even higher level.

The company's focus on marketing and data is a key part of that, but it's the relationships and trust they've built up in that elite developer community that separate Tilting Point from everyone else. Talent is a key part of every entertainment industry and that's where Tilting Point excels because they were built from the ground up to support the best development teams at an exciting transitional point in the video game industry.

With your analyst hat on, what do you think are the reasons that Tilting Point's announced games - Leo's Fortune, Toy Rush and The Sleeping Prince - can compete in a world of Boom Beach and Candy Crush?

Mobile and tablet gaming exceeds over $10 billion annually, continues to show impressive growth, and hundreds of titles achieve breakout success every year. There is enough room in this rising tide for our titles to get their worthy slice of the pie.

Remember, Tilting Point only partners with developers who rank among the top echelon of all developers and must fit within a very specific selection criteria of having a consistent track record for developing high quality and commercially successful games.

Tilting Point is an investment in proven talent, marketing and data. I'll buy that stock every day of the week.

The Tilting Point model is pretty novel in terms of not owning IP like a ‘proper publisher’ would. Doesn't the analyst view suggest that in a uber-hit-driven economy, this seriously limits Tilting Point's upside?

I won't get into the details of how Tilting Point structures its partnerships, but alignment with the developer at the franchise level is an important factor in our business model and it does not limit our upside.

True, we don't own the IPs outright, but it's important to Tilting Point's success that the developer maintains that sense of pride in ownership over their creation. Remember that these are some of the industry's best independent developers (1337 & Senri, Signal Studios, Housemarque, Quark Games, Uber Entertainment, etc.). They've earned their right to own and control their IP.

This concept of being a partner is not new, it has been proven. EA Partners, in its heyday, was one of the most successful publishing partners in the industry, resulting in blockbuster hits such as Battlefield, Rock Band, and Titanfall  to name just a few.

It's no coincidence that Tom Frisina, who built the EA Partners program, is our Executive Chairman. This is a model that has been proven, not just in video games, but across all entertainment.

The mobile and tablet markets have evolved rapidly over the years. It's more competitive than ever, and if you are not coming to market with world-class talent, deep marketing budgets, and access to world's best data sources, you don't stand a chance of having any upside to begin with.

Talent, marketing, and data – some claim to have all three, others focus on just two; but Tilting Point is the only game partner that has built their entire company by excelling at all three.