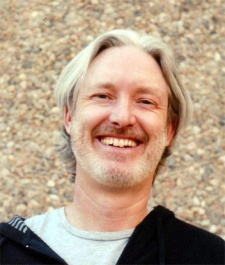 "I think there has been a series of publishing announcements that have been a little thin," opens Julian Farrier, CEO and founder of mobile stalwart Backflip during our catch up in a cafe just around the corner from GDC.

"There's been a lot of talk, a lot of bravado, but not a whole lot of substance," he remarks, making reference to just what Backflip – itself a fresh face on the publishing scene – is looking to do differently.

Farrior's line throughout our meeting is that Backflip hasn't set out to become a publisher to dominate the market or put others out of business. Indeed, it appears Backflip's first steps in the market will be limited, focused efforts designed to test the water.

The firm enjoyed great success in the early days of the App Store with the likes of Paper Toss and Ragdoll Blaster. It now believes that knowledge and familiarity with all things iOS can be of great benefit to studios looking to take their first steps on mobile.

"Our approach has been to see if we are good at this," continues Farrior.

"About this time last year we talked to a select few developers. We talked to a bunch of them and out of that pool we sort of found two that we thought had a good cultural fit and were making what we thought to be exciting innovative mobile products."

Those two studios were Lightbox Interactive – operating out of Austin, Texas and working on spaceship battler Plundernauts – and HandCircus of Rolando fame, which is working on the "Animal Crossing-like" SeaBeard.

"They were just a really good fit," Farrior says of both studios, noting that some of the Lightbox team had previously worked on War of the Monsters on PS2.

"Our head of design was just a huge Monsters geek, and I think over time we looked at what this team had and we were absolutely in love with the game they were building and that they wanted to build," he continues.

"With HandCircus...well, I mean, you were around the App Store when Rolando was out, weren't you? We were making Ragdoll Blaster and Paper Toss at that time. I mean, those were early, and there was only a few of us back then. Good times, of course. Good times back then [laughs]."

Hopefully with these guys this isn't a 'one and out' type relationship.

Times have changed, of course, and Backflip is aware of the pace at which mobile moves. Its solution isn't to radically change what it does, but rather to take the logical step of reaching out to other studios with much the same goals but much left capital to hand.

"Listen, this is very much a case of quality over quantity, and I think, especially with these guys, hopefully this isn't a 'one and out' type relationship," expands Farrior.

"We're looking for studios we actually can work with over a significant duration of time. We can hopefully do more products – I mean, it's good for both parties, even though it takes a while for both parties to work out the best way to work with each other and all that."

During our meeting – in what must have been the only abandoned cafe within walking distance of the ever-crowded Moscone Center – we were treated to extensive demos of both SeaBeard and Plundernauts.

Aside from the fact that both games are visually strong performers, Farrior's line – and one back up by the games themselves – is that they feel like Backflip games.

Plundernauts' focus on multiplayer – delivered via a cel-shaded universe that looks as crisp as any game on a Retina display – may well appeal to a similar audience as Backflip's own DragonVale. SeaBeard – which, in Farrior's words, has a "level of detail that exhausts me just to look at" - is perhaps out of the firm's previous comfort zone to date, but is fuelled with a level of ambition that Farrior finds familiar.

"In some ways, these were our two test cases and we thought they developed in a really good way," he continues.

"The relations have been strong – we've found people who can work in true autonomy. So, from the design perspective, we as a publisher are not heavy handed at all.

"I think we provide capital, distribution, power when the time is right, and we provide five years of mobile ecosystem knowledge, which...well, you know, it changes fast, so anything from cross promotion and conversion to how to increase retention and what kind of monetisation makes sense.

"I think there is knowledge from having a game like DragonVale be like a top earner for going on three years now that is applicable to deeper, more immersive games like Plundernauts and SeaBeard."

This is a punt, then, but a calculated punt if such a thing exists. Farrior argues that, for any studios to grow in a compelling way, they can't just rely on their own content for capacity.

"At least, that's my philosophy," he details. "We still to make really compelling casual games and more immersive games, as well as maintain games like DragonVale, like Paper Toss, like Ninja Jump, but when we thought about publishing, we knew that we didn't have the in-house knowledge.

"That's why we reached out to Simon Jeffrey who has a sterling reputation in the industry for building a number of different publishing organisations, from LucasArts through to Sega of America for a couple of years, and then most recently ngmoco. But we saw him as somebody we also had a thought had a strong cultural fit and also had expertise that we didn't, so I don't think we're arrogant or foolish enough to think we could do this without somebody who knew how to.

The definition of the publisher has changed dramatically as a result of mobile.

"I think we have capital, we have distribution power and we have some level of mobile knowledge, but we weren't experts in publishing and frankly that definition has changed dramatically as a result of mobile."

"We're looking for a very select studios to work with," adds Farrior. "I think it was important that we make an announcement because we did want the word out there that we were going to work with two to three new studios a year.

"I think this is demonstrative of the quality product we want – like a SeaBeard or like a Plundernauts. I mean, these are deeper, long duration builds, but we're also talking to folks on the more casual side, so it's not exclusive to these sort of mid-core yield products. But quality is what we're seeking out."

"The headline is: we're in this business, we've got two very high quality studios and somebody who actually knows what they're doing [laughs] – they're all in this game with us," says Farrior, casually summing up and doing this journalist's work for him.

"I won't even pretend to guarantee that this is going to be an absolute home run for us, but what I can say is, looking at how studios have historically grown, it's not solely through internal capacity, and I think we're good at making games, but again I think we understand that there are skillsets out there that we don't have."

In turn, there are developers that may look to Backflip for skills they don't have. It's almost like the old guard - those there during the App Store's early days - are coming back to give a leg up to the new breed.

Specifically, Farrior pitches developers that just "need a certain amount of dollars to get to the finish line", struggling when they realise their great idea still needs 12 or so months in development before it's fully formed.

"I actually love hopping on board at that point – where there's a product of true high quality and you can see the potential in it," he says.

"You know, we've got a 15 person QA department. You can give us a product, we QA it, we put it in the market, we manage it, we market it. We have a math PHD on staff now who literally just works for the database and crunches numbers – he looks at users and what they're doing and why they're doing it.

"I think we have a game that has been a top earner for going out three years now, and part of that is understanding what to give users and when – I mean we've updated content on a weekly basis for like forever now [laughs]. Seriously, we've been doing that for the last three years."

There's undoubtedly an element of sales pitch in Farrior's replies: he talks of Backflip having not exhausted its paying userbase like other outfits, encouraging users to spend smaller amounts but over longer periods.

He talks of the company's focus on managing its network of games, and how it thinks nothing of changing creative or playing around with its cross-promotion set up if it's not having the desired effect on the game in question. In short, as far as modern day mobile is concerned, Backflip has been there, done that, and got the t-shirt.

"We want to prove to ourselves that this is worth an even more significant investment," he continues.

"Now, don't get me wrong – we're committed to this for the next two years and we're spending real dollars against it and we're hiring real talent and working with truly quality studios, so I'm down playing a little bit our commitment to it.

"But I think we're realistic in as much as what role can a publisher play to provide real value, and to the extent that it proves to be extraneous. And we'll let the market tell us as much."

Thanks to Julian for his time.