The power of position 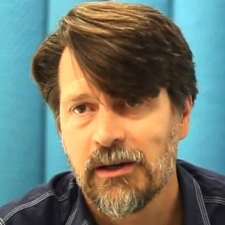 Update: Back in 2014 - before it had left Google or Pokemon GO had been announced - we spoke to Niantic Labs' CEO John Hanke about the potential for location-based games

Given his history, John Hanke's passion for location isn't a surprise.

In 2004 Google bought Keyhole Inc, where he was CEO. The result was Google Earth, with Hanke going on to run Google's Geo products - Earth, Maps, StreetView etc.

He now heads up Niantic Labs, a location-based game development studio that's described as being an 'internal startup' within Google.

It's a location-based game development studio with a difference, however.

That's certainly been the case with Niantic's first game Ingress.

It's built around the interactions of two rival factions - Enlightened and Resistance - the members of which fight over the control of locations around the world, the sci-fi/conspiracy theory gameplay is broadly similar to other location-based games.

But where Ingress is different is how it layers on other aspects, in particular a strong narrative thread, which is backed by weekly YouTube videos, novella, comics and regular real world events that deepen the overall experience.

Niantic is the name of a ship in the San Francisco gold rush, which like many others, was used to extend the city streets into the bay. It now lays underneath the Embarcadero.

"The mobile screen is limited in terms of what you can display while someone's moving around," Hanke says of the wider media world that Niantic employs to build community in Ingress.

This is important given the design decisions that restrict the area in which a player can interact - in this case, hacking portals and collecting their energy - to their local physical environment.

Unlike other location-based games, there's no option to interact with distant cities. Where you are is where you play.

Hanke says this is important because it forces players to move around; sometimes with resulting health benefits for players, although the game's isn't specifically health-focused.

More generally, because the scope of individual players is fairly limited in Ingress - it doesn't even have IAP so all players have the same agency - they have to group up and create local communities in order to perform significant actions.

This is something supported by regular fan meet-ups around the world. Recently, around 4,000 players met up in Berlin, while some individuals demonstrate even more committment.

The most travelled Ingress player has clocked up 100,000 real-world miles, while others banded together to crowdfund the hiring of a private plane so a member of their team could get to, and claim, a portal in a particular remote location.

"In the mid-90s, I worked on an early PC MMOG called Meridan 59, so I know about the power of community but even I've been surprised," Hanke says.

"We've had engagements and weddings, people climbing mountains to get to portals, and there are a lot of Ingress  tattoos. The players are becoming the stars."

It's this approach which has seen Ingress  rising higher and sustain the niche success of previous location-based titles.

Currently only available via Google Play, but with an iOS version imminent, Ingress has been downloaded over 2 million times, and has 1.8 million followers on its various Google+ channels. There are also over 5,000 Google+ groups coordinating the actions of local Ingress players.

It's not the only game Niantic Labs is working on though. A recent deal has seen the studio linking up with author James Frey to make a location-based game based on his forthcoming young-adult Endgame series of books. Due in late 2014, there will also be a tie-in movie.

As for other future developments, Hanke is tight lipped over how Niantic Labs' products will interact with Google initiatives such as Google Wear and Google Glass, although Field Trip  already supports Glass.

More strategically, however, it is planned at some stage that the underlying technology behind these games will be rolled out as a self-service platform for any developers to use: a Google Earth for location-based gaming, if you will.

Back in the present, Hanke is just enthused to talk up the opportunities of the genre to enable a different type of mobile gaming.

"It isn't about fitness per se but it is outside exploration," he ends.

"What's exciting about this stuff is the immediacy of location and the real-world community interactions it enables."