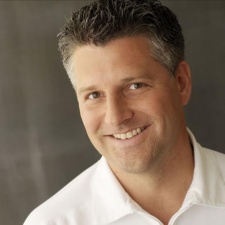 After a successful spalsh in London at the start of the year, Pocket Gamer Connects returns on the 16-17 June, this time popping up the Finnish capital of Helsinki. You can read all about what we have planned for the conference and how to book your space here.

However, to help whet your appetite further, we're throwing the spotlight onto some of the leading figures who will be speaking at the conference to help you get excited about everything we're offering.

First up is David Bluhm. He's the CEO at Dropforge Games, the company helping Wargaming bring World of Tanks onto mobile, and has enormous pedigree in the industry. He was the co-founder & former CEO of Z2, as well as being a co-founder and former president of (M)Forma, also known as Hands On Mobile, who were responsible for the mobile releases of games such as Guitar Hero, The Matrix and Call of Duty.

David Bluhm: It took decades for video games to be recognised and perceived as both legitimate products and a financially significant business.

Mobile gaming has been touted as both the strongest trend within and brightest future for gaming and this year has seen several multi-billion dollar valuations in mobile gaming - King and Supercell. Nothing legitimises mobile games and raises the tide for the industry as a whole more so than those outcomes. For our own company,

Indie developers face a more difficult challenge as the window of opportunity of direct access to consumers has been closing.

2014 will see developers continue to battle, struggle, or  fail against finding new, high quality users in an ever more crowded - and even squeezed out - user acquisition challenge. New game discovery solutions - outside of the app stores and messaging apps - will emerge but will take some time to make a meaningful difference.

Indie developers face a more difficult challenge as the window of opportunity of direct access to consumers has been closing. Large publishers with strong brands, higher production quality, larger budgets and large user communities have built an defensible advantage. While there is room to break through, it is increasingly tougher and a low probability scenario.

While that is highly dependent on each developers strategy, their games and their own internal goals, generally they should think about Asia as a primary consideration for everything they do if they are looking to be a strong global player.

I am still looking for a new game genre - something aimed at where the puck will be in the time it takes to get the game to market. Very tired of seeing fast follower ideas - although I am not saying that is not a reasonable business strategy - or re-themed Clash of Clans concepts.

And, finally, in 140 characters describe what you think the hot topic in mobile gaming will be in the next 6 months and why that’s the case.

Game Discovery - several new ideas will emerge outside of the app stores and messaging apps themselves that will specifically help gamers find mobile games that they will like.

Buy your tickets to Pocket Gamer Connects by heading over to our Eventbrite page now.

Helsinki hype: 10 reasons why you need to pick up a pass for Pocket Gamer Connects