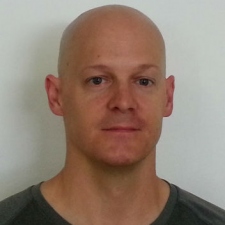 April 21st, 2014 - 11:00am
By Jon Jordan, Contributing Editor
User acquisition remains the key issue for all mobile developer and publishers, at least all of them who want to be successful.

But increasingly it seems that industry opinion is moving away from spending advertising dollars to get an user to just download a game.

“Developers are buying installs, but what retention are they getting?” questions Jim Rainey, Midverse Studios’ VP of growth.

Originally a developer of midcore and social casino games, Midverse decided to build up its own cross-promotion network to launch AppEngage, an incentivised advertising network for Android (Google Play and Amazon).

It’s not focused on CPI, however, but CPE (actually labelled as CPE+), with the ‘E’ standing for Engagement.

“Everyone centers on the install. That's not stupid per se but an arms race has developed,” Rainey says, referring to the increasing cost of buying an install in the key western markets.

“You get what you incentivise. That can be the download or it can be an event like completing the game’s tutorial.”

His point is that why the install (incentivised or pure) remains a useful tool in the marketer’s armoury, particularly for burst campaigns to gain short-term chart position, it’s become the industry’s hammer clique.

So, just as to the man with a hammer everything looks like a nail, similarly to too many developers, app discovery has been reduced to an install problem.

“I think with our AppEngage Network, we can get high volumes and better engagement,” explains Rainey.

This impact is increased as AppEngage is presented to each user through a VIP rewards screen that lists the daily rewards they can earn through different in-game actions and across different games in the network.

Of course, the key aspect of this approach is that developers need to be highly attuned to what makes a good engagement event within their game.

You get what you incentivise.

“We work with developers to advise them, but we find the most sophisticated know what their game’s critical event is,” Rainey says.

Hence, in this new world, the question for marketeers isn’t ‘What’s price will we pay for CPI?’ but ‘What's our deep engagement event?’.

It’s something Midverse is looking to encourage with its campaign that offers developers who sign up for AppEngage up to 100,000 installs through its network for free.

You can find more details via the Midverse website.