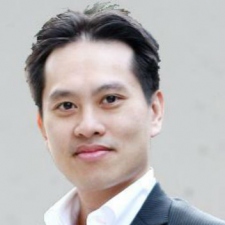 One of the most interesting corporate decisions of 2014 so far has been Aeria Games’ move to sell its PC and legacy mobile operations.

The reason given for the decision was to provide the US company, now called PlayNext, with a clean slate to focus on new F2P mobile games.

We caught up with CEO Lan Hoang to find out more about his thinking.

Pocket Gamer: Given your success in PC games it's a big step to sell off your assets and rebrand to focus on mobile F2P gaming. Why did you decide to make such a decision?

Lan Hoang: While we were able to build a strong presence for ourselves in PC gaming, the market is no longer growing as briskly as it once was.

We thought it best for our long-term success to focus on the fastest and most cutting-edge segment of gaming. Mobile gaming evolves rapidly, and requires a more nimble company to react and thrive.

Selling the PC gaming business allows us to focus all our resources and attention on that goal.

Why did you think you couldn't operate the new business as part of the existing Aeria Games set-up, as you've already been operating some successful mobile F2P titles?

One of the most important factors in management is to focus resources appropriately. Shedding some of the slower growing or legacy games makes us smaller, nimbler and more adaptable.

On top of that, the additional cash from the transaction allows us to expand both our publishing and in-house development of new mobile games.

What do you think are the major differences between operating PC and mobile F2P games?

For now, there are a few differences. Mobile games are less immersive and more casual, mainly as a function of the smaller screen and slower connection. This, however, is changing quickly.

We see a convergence of PC and mobile games, possibly centering on tablets. Mobile games are quickly becoming more mid-core and hardcore, with many of the top grossing games falling into the RPG and RTS genres. We are also seeing a higher monetization level in mobile games, especially those with multiplayer interactions.

Our skillset and experience with PC helps us tremendously in the mobile market. We run in-game events now very similar to what we did with PC, we introduce similar engagement mechanics, and we are developing games that have more player-versus-player interactions and deeper role-playing and strategy elements; all of these things are cornerstones of traditional PC gaming.

In the near future, there may not be as much of a separation between the two market segments.

Aeria Games typically works with Asian developers, publishing and operating their PC games in the west. Is this your plan for the new company?

We have a two-pronged strategy. First, we will continue to develop engaging, mid-core mobile games in-house as we did with X-Men: Battle of the Atom. In fact, we are working on a few projects right now that should be ready for launch this summer.

Second, we will continue working with developers to publish proven and successful mobile games from Asia in Western markets.

Many of these games require strong operational know-how because they are events-driven. A typical game requires a team of more than 20 people, from engineers, producers, artists, game-masters, etc. We manage the whole process, speeding up the time-to-market for our partners.

We also have the expertise to launch and operate these games quickly in multiple languages. This expertise is not something can be quickly built, and we have invested much time and resources assembling a team that can work smoothly with our partners.

Why do you think the mobile market has so much more potential that other sectors of gaming?

Smartphones and tablets have altered the way we access the internet - especially entertainment like video games. A new market naturally has a much higher ceiling than established markets.

Having said that, as I mentioned above, I think there will be convergence between the different segments. We are positioning ourselves to best take advantage of this.

When should we expect to find out more about your first games?

We plan to launch four titles within the next few months. Our team is excited about these new games and we will certainly keep you informed as we get closer to the launch dates.