'Banners are dead. They just don’t know it yet' 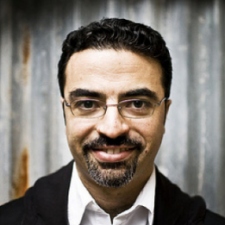 Truly great ideas are often the ones that seem so simple in hindsight that the creator looks back and wonders why no one else had thought of it first.

That's the approach AppsFire is taking to its new ad solution Brichter-San, an innovative new idea that places ads in the whitespace of apps created when a user pulls down to refresh a feed.

It makes sense to target this space, as hundreds - if not thousands - of apps now on the pull to refresh gesture (developed by Loren Brichter) to manage their user experience.

We caught up with AppsFire's CEO Ouriel Ohayon to discuss Brichter-San, the mobile ad space, and what's ahead for his company.

Pocket Gamer: Tell us about how you came up with the idea for Britcher-San's pull to refresh ad targeting? Why do you think no one else has put an ad in this space before?

Ouriel Ohayon: The idea came as we were actually demoing one of our other ad units in an app that has pull to refresh. While doing it we suddenly got the idea and worked fast to find it was possible, although very hard, to implement it.

The devil is in the details and we had to spend considerable amount of time to fine-tune the format to keep it simple but efficient both for publishers and users.

Why no one thought about it before? I guess this is like sliced bread - it's a good idea until someone got it first. It's something that is so obvious, that it was “hard” to realize it was possible.

Many of the most popular pull to refresh apps are difficult to get into. How do you hope to get to scale?

We don't hope to work with everyone and neither think that Facebook, Twitter or Pinterest would suddenly consider working with us, although everything is possible nowadays.

However there are thousands of apps using this gesture that are not their size but still have considerable volume in the hundreds of thousands or millions of active users: nearly every single app in the news and video category, vertical social networking, communication, photo apps, and so on.

For all of those traditional disruptive formats do not work and they are under served by the industry over focusing on monetizing games. It's not that they are not monetizable but that the current format offering is not adapted to them.

We trust this format will convince them easily.

How complex is SDK integration for Brichter-San?

Easy. Very simple. We worked extremely hard to make everything seamless for the publisher. A couple of hours of work and done. We already did all the heavy lifting, even the creative part is auto generated and localized.

What impact do you see Brichter-San having for game developers and publishers as they launch future campaigns?

This format is more an answer to the growing demand for non game developers, the other half of the app stores. But depending on the game it will work for certain type of games on certain apps, depending on the context of the publishers.

Do you think the days of the banner ad for mobile are over?

Absolutely. Banners are dead. They just don't know it yet. They are more and more ignored, they are easily gamed and manipulated by fraud scripts - ask Google - they are forcing publishers to compromise on design, they are clicked accidentally because artificially displayed in an app. Banners are done, although the amount of inventory at hand is still massive - but inefficient.

We don't say it. The market says it. There is a reason Facebook has swallowed the mobile market on the back of Google and others. They understood native promotion was the only right way to promote an app better than others.

An urgent demand for better solutions is out there and a growing offering for native promotions - away from incentivized formats too - is rising. This is the context we operate in.

You've mentioned that your advertising solutions "can help publishers beyond monetisation" - how does Brichter-San manage that?

Advertising an app for download is only one form of promotion. What's the point of an app if it is not used?

We developed our native solution with the purpose to market anything that makes sense for a an advertiser whether this is download, or re engagement within an app already installed. We've spent a considerable amount of time on deep links and our technology can serve re-engagement campaigns.

Banners are dead. They just don't know it yet.

This demand from the market is growing. We also enable publishers to use those same formats to promote themselves to their own readers. They can, with the right deep link, promote a message to point users to a specific section of the app, or other apps they own and improve the life time value of their visitors

In other words, we have not developed an native ad engine but a native promotional engine with various messaging capacities, one of which is advertising.

Looking beyond Brichter-San, what does Appsfire have in store for 2014?

Innovation is not just on the visible part: We just launched version 0.1 of our 360 degree real-time marketing dashboard for app developers including everything from store metrics, to engagement campaign and monetisation monitoring.

A lot of work has to be done to serve decently the growing numbers of publishers we working with and making sure we don't dilute in quality but also in our capacity to target and serve relevant ads - or better said, stop serving irrelevant ads. This is incredibly complex to do this right.

But we'll also keep innovating on the format front.

Appsfire was an app recommendation engine before focusing on native solutions for promotions and engagement. Our app was a rich tool box of native promotion formats way before the term became buzzy. We are going to bring more cutting edge, patent pending, carefully crafted solutions.