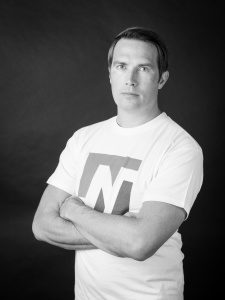 Having hit in London at the start of the year, Pocket Gamer Connects will be making its grand return on the 16-17 June, with the fun set to resume in Helsinki.

There are a few months to go before then, however, so in order to whet your appetite further, we're throwing some of the industry's big names under the PocketGamer.biz spotlight to help you get excited about what we're offering, and find out what makes our speakers tick.

Today we catch up with Temmu Huuhtanen – CEO of the Helsinki-based Next Games.

Pocket Gamer: First up, a quick elevator pitch. Tell us who you are and what you do in 50 words or less:

Teemu Huuhtanen: My name is Teemu Huuhtanen and I'm the CEO of Next Games, a mobile games company founded in Helsinki in 2013 by design veterans from Rovio, Supercell and Disney. We are currently working on two games, one based on our own IP and another based on the super popular The Walking Dead TV series.

What has been the biggest story in mobile gaming this year, both in general and for your company in particular?

The Nordic countries are currently considered the hotbed of mobile gaming with the likes of Supercell and King dominating the top grossing App Store charts and Rovio expanding the Angry Birds franchise.

For Next Games this is great, because these big achievements coming from Finland and our neighbouring countries will give us an extra boost to perfect our products for the highly competitive market place. We believe in high production values and really want to offer players a high-quality experience both in terms of visuals as well as game mechanics.

What do you think will be the biggest challenges and opportunities for the mobile game industry in 2014?

The Nordic countries are currently considered the hotbed of mobile gaming.

Discovery and user acquisition will stay as the main challenges. The big opportunity is of course that if you make a great game and get good viral traction for it, you can top the free charts, but that does not automatically guarantee a top grossing rank.

There are more and more amazingly good mobile games coming from small indie studios. Great ideas and unique takes for sure.

At the same time, user acquisition and big budget marketing are challenges they'll need to overcome, like any developer. Clever partnerships and promotional collaborations are good ways to break the noise, if marketing budget is a challenge.

It's difficult to say in advance, so I would listen to feedback from players and companies who've done successful products in the territories you are aspiring to enter. Generally it's always good to stay on top of the risk vs. reward scenario before engaging into major integrations or localizations.

I'm looking forward to meeting a lot of people in the industry and also see great new games from indies too.

Flappy Bird was quite phenomenal. Anything the rest of us could learn from that?

It's interesting that top grossing list has stayed pretty much the same for the past year. How will new developers fit in there?