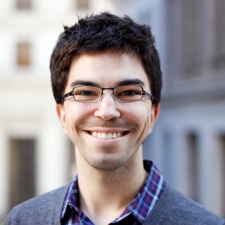 US mobile gameplay recording and sharing outfit Kamcord has announced a $7.1 million Series A funding round.

It was led by TransLink Capital, and supported by SV Angel, DeNA, KLab and M&Y Growth Partners.

Kamcord CEO Matt Zitzmann says he's pleased with the mix of companies, which includes content creators such as Japanese companies DeNA and KLabs, as well as traditional Asian investors.

"They understand mobile gaming and SDKs," he explains.

"We also want to be well positioned for Asia and we now have investors from China, Korea and Japan."

In terms of what the funding will be used for, Zitzmann says it will enable the Kamcord to further drive the adoption of its SDK, while allowing it to increase marketing for its consumer-facing mobile app, which was released on iOS in April [iTunes link].

"It's important to have a destination for players. Discovery is a big part of our app," he adds, claiming 30 percent of users are downloading a game through the app every day.

Indeed, pushing forward in terms of developer and consumer adoption is the plan for 2014.

Discovery is a big part of our app.

"It's hard to manage developer relations and consumer growth but you need both. That's one of the reasons we raised the investment," Zitzmann explains.

"We've built a great foundation with the developers and now it's time to find the players who are creating video content and make the best of them into stars."

Overall, Kamcord is generating 1 video shared every two seconds, and had one million shared videos in March.

One example of this is the interaction generated by Minecraft-style game Mini Carnival, which since integrating Kamcord has seen 11 percent of its video views generating a 'like' and 3.5 percent a comment.

The double-hand approach is what Zitzmann hopes will also protect Kamcord - which is still a relatively small company - from competitors such as Twitch, which while being more focused on console games, are moving into mobile.

"Twitch has a good audience on PC, but it has hurdles to overcome too," he notes.

Big in Japan: Square Enix and GungHo talk up new titles, while DeNA looks to Clash of Clans