Copycats are not sustainable 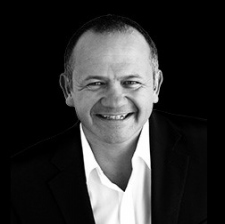 In this spotlight, we’re handing centre stage to Nick Malaperiman, a real veteran of the industry. He has launched console, PC and mobile games since 1995 when he joined EA. Following 7 years of hard work launching the likes of FIFA, NBA and NHL, he then founded Nokia's Games marketing division - launching 300 plus games and apps in 7 for the company.

He’s also the founder of Chunky Pig Marketing - now part of Roadhouse Interactive – and it’s that role he’ll be showing off in Helsinki in June.

Nick Malaperiman: From a general point of view, the sordid Flappy Bird story further proved to people that maybe it's not just the big boys that can succeed - but equally, it further showed the frailty of our ecosystem when a game like that can see so much success.

From my point of view, [the biggest story of the year was] my marketing company Chunky Pig being acquired by Roadhouse Interactive. What this meant was that we were able to take our stable of publishing services to a whole host of global developers, and offer them the chance to launch their games, without being at the mercy of a one sided publishing deal.

Rather than taking the publisher's approach of ransacking IP and taking the lion's share, we came up with a ground breaking fee-based model alongside a single digit revenue share figure.”

The big boys are winning the battle; marketing and acquisitions costs continue to spiral, there seems like further consolidation in the industry with the likes of Unity and discoverability remains a challenge.

I also sense there is a movement by Apple and Google to may take a bigger hand in the game analytics, privacy and user information or attribution that could effect a lot of people.

Rather than taking the publisher's approach of ransacking IP and taking the lion's share, we came up with a ground breaking fee-based model alongside a single digit revenue share figure.

The guys that are focusing making world class mobile games that meet the need of their target audience are the ones that will thrive. Copycat games are ok for a while, but not sustainable.

Developers need to lose the obsession with getting rich with free-to-play games, and just build great games. If the games are compelling and polished, they have a chance to make good money.

I think they also need to base all of their investment on their strategy around recouping it around their forecast future revenue; make sure they do proper soft market testing, pay attention to attracting organic users, and make sure it will be reviewed as a four-out-of-five game.

Generally they need to do due diligence around local languages, and localise all materials for launch in that country through all marketing materials, collateral and app store copy.

Also, in general, they do need a local partner, on the ground, in that market to help them out.

Meeting my European friends, Hearing how the Nordics are doing such a great job, meeting new games developers, and ultimately getting word out about my company's strengths!

Top Eleven is great - though wish it had more real football in it and Hearthstone is world class and deserves acclaim.

Apple will start to take more control of a bigger part of the ecosystem. There will also be a backlash around free-to-play games.

Buy your tickets for PG Connects by heading over to our EventBrite page now.