The indie scene couldn't be stronger 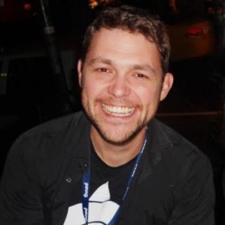 Having hit London at the start of the year, Pocket Gamer Connects will be making its grand return on the 16-17 June, with the fun set to resume in Helsinki's glorious Wanha Satama venue.

Neil Rennison will be rocking out as part of our Indie Rock Star track.

Neil Rennison: I think that the continued rise of the Android stores, especially Google Play, is something that has certainly been a happy surprise.

Once our iOS sales were most important to us but we’ve certainly noticed an increase which, as a small developer, is great for us! Our sales on iOS and Google Play are almost 50/50 right now.

While it’s great to see two big mobile stores doing so well for us, it is a concern that there doesn’t seem to be a strong third or fourth player, although the Amazon Appstore is becoming a bigger presense. I see big challenges for some of the other stores as the consumer seems to have settled on what they find easiest to use and most reliable.

As a small indie with lots of apps, it actually costs us more in app support than the actual income we make off some of the smaller stores, so much so that we’ve actually had to stop selling, which is a real shame.

I’ve just returned from PAX East where we were lucky enough to be part of the indie MEGABOOTH. From my perspective the indie scene couldn’t be stronger and there are some amazingly talented teams out there working on games that have firm business models behind them.

That’s the key I think, in that indies are actually getting good at the business side of things too and we’ll see many of those teams rise and rise and rise.

The danger arises though in that with so many business-minded indies competing for space it could mean that the consumers have too many amazing games to choose from, which could incomes from those games being spread very thin. The trick for indies I think is to find their niche and become the best, or one of the best, in that field.

Our games are heavy on the written narrative so we’ve had to favour the English language so far, mainly to keep our costs low. Localising one of our apps is almost the same as translating a whole book, so we’ve had to be clever with our business model.

From my perspective the indie scene couldn’t be stronger.

So far we’ve managed to secure translations in French, Spanish, Italian and German with back-end long-term deals in the form of royalties. This has worked really well for us so far, so my advice to developers on a budget and with huge word counts is to look beyond the traditional localization companies who like up-front payment.

I can’t wait to hang with other game developers and swap stories and ideas. I love these kinds of events and I always come away inspired with new ideas and valuable contacts.

I’ve also visited Helsinki once before on my honeymoon, but my new wife had the flu while we were there, so it would be good to see a bit more of the city this time!

So many games have captured my imagination this year. I play a LOT of New Star Soccer, which is my gaming drug of choice. I’m a huge fan of Out There and was really please to meet the guys this year at PAX East – their booth was right behind mine!

I’ve always been a big fan of French comic-books and electronic music, so it was a perfect mix for me, especially as it has some nice interactive fiction elements too!

I’d like to think that the hot topic will be the rise of a chooseable pathway style comic-book. If so we may just have something to do with that!