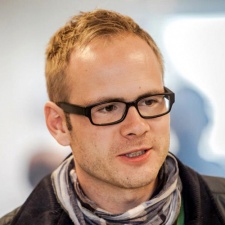 Having rocked London at the start of 2014, Pocket Gamer Connects will be making its grand return on the 16-17 June, with the fun set to resume in Helsinki's glorious Wanha Satama venue.

Naturally, you’ll be thinking of grabbing hold of a ticket (if you haven’t already got one).

So to whet your appetite further, we’re throwing the spotlight onto our speaker selection to show you what you could see if you attend PG Connects.

He's CEO of Softgames, founded in 2006, is a browser-based network of HTML5 mobile games with thousands of casual games optimized for smartphones, tablets and desktop.

Softgames helps media partners, apps, portals and carriers to easily and effectively monetize their mobile traffic with free mobile HTML5 casual games on both iOS and Android through non-intrusive and engaging integration formats.

Alexander Krug: There are a lot of exciting HTML5 stories this year, but one of the most exciting news were the change of Amazon Appstore to allow developers building HTML5 (web-based) games to price those apps to sell, just the same as their natively coded counterparts.

I would even say Go HTML5 or die!

This clearly shows that the whole HTML5 topic is back on track after its debut in 2012. We expect to hear some more exciting news of another big player very soon!

Firstly, we strongly believe that HTML5 will be the major platform for most developers of cross-platform mobile games within the next 12 months. The market is in need for high quality cross-platform games that we're able to serve.

Secondly we already see the impressive growth of the Android platform and believe that the focus of developers will slowly shift from the predominant iOS to Android.

The last but not least ongoing trend is the shift from paid to hybrid freemium and ad-featured content as the dominant method to earn money with mobile games. Fortunately, we at Softgames are already fully set for the future as our early focus on HTML5 allowed us to build a strong active partner and user base.

How well do you think indie developers are doing at the moment? What's going well in the indie sector and what do you think they could do to keep themselves afloat in a tough market?

Truth told, I believe that the app stores are more than ever a hit-driven business giving favors to apps with high production values, seven-digit marketing spend or simple branded approaches.

Instead of earning serious money, the majority of developers is chasing from one project to another desperately looking for a break even at the end of the month or never managing to really scale their business.

Be ambitious, but don't try to do everything at once to avoid burning your product.

I believe it is time for developers to set sails for an alternative of the app store distribution. Our HTML5 gaming network helps them to do so by featuring highly targeted dynamic advertisement to create new significant revenue streams for developers.

Be ambitious, but don't try to do everything at once to avoid burning your product. Go step-by-step and learn fast from your mistakes.

Before you enter a new market it is recommendable to team up with other developers in e.g. forums or get consultancy from publishers in order to get someone's hands-on advices towards localization, distribution or simply your game fit for this territory.

We are excited tell people about our newly launched publisher program which gives an easy and instant access to our exclusive HTML5 games catalog to everyone around the world without limitations or costs involved.

It is hard to break it down to even a few titles, but the rising quality of HTML5 games is absolutely overwhelming and impressive.

As a result, even when I am not in the office I tend to catch myself playing more HTML5 than native games at Softgames.com lately. Candy Rain and Words with Owl are my absolute favorites.

Check them out, if you can risk getting addicted.

Developers are increasingly turning to HTML5 to embrace iOS, Android & the mobile web. Ultimately there will be 2 choices: Go HTML5 or die!