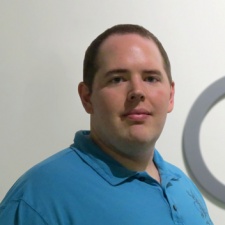 After taking over London at the start of the year, Pocket Gamer Connects will make its grand return on the 16-17 June in the Nordic paradise of Helsinki.

In this installment, we’re handing centre stage to Nathan Lutz - the lead game designer and community manager of Cie Games.

Nathan got his start in the MMORPG and tower defense genres and has gone on to become an industry veteran with almost a decade of game design experience.

At Cie, he's helped launch and now oversees creative development of Racing Rivals and all other projects at the company.

Nathan Lutz: To me, the biggest story in mobile this year was the controversial Flappy Birds odyssey. I don't want to rehash old and tired talking points, but I will say that the rabid frenzy we as industry insiders engaged in over this event was a little shocking.

The analyses, the interviews, the clones that piggybacked off of its success; the whole spectacle left me feeling embarrassed and uncomfortable by the actions of my industry. I'm glad the fad has since passed but I'm worried about how we might act when the next Flappy Bird flaps its way into media headlines.

I’m worried about how we might act when the next Flappy Bird flaps its way into media headlines.

For Cie Games, our biggest story is in the amazing success that our flagship title, Racing Rivals has seen over the last four months.

When the game came out last August, we performed really well but hit some roadblocks in our development. We assessed the core strengths of our game and adopted a new design philosophy moving forward- we wanted to create the first MMO racing game on mobile.

Once we embraced this ideology, it informed our product road map and helped us flesh out the game experience for over five million players around the world. Our fans embraced this new design philosophy just as much as we did, and our continual success more than half a year after launch is a testament to that.

The biggest challenge for mobile developers this year is to continue honing in on that sweet spot between pick-up-and-play and mechanically deep gameplay.

Mobile games are becoming more complex as the audience and demographics mature and grow right alongside the platform, and I think this trend will continue as the medium ages.

The opportunity, then, is to cater to this dynamic and varied crowd of players with something that is accessible for all of them but still engaging for the most hardcore among us.

For us at Cie, adding live synchronous multiplayer and in-game betting has taken a relatively simple but popular style of racing game and added new layers of depth and complexity to it.

Indie devs are doing well right now thanks to their resourceful, scrappy natures and their ability to spit in the face of "risk aversion".

The problem is that the product a team of five people could produce in one year today looks way different from what the same team could have done three years ago.

The tools, the ability to crowdfund and the ambitions of indie teams have started to blur the line between what they're doing and what big, triple-A blockbuster publishers are doing.

That's both an exciting and terrifying thought.

It's all about the genre. Different territories have different interests, and their markets are being saturated with different genres at different times.

A developer interested in specifically targeting these territories should cater to those trends, while a developer with their sights on a worldwide presence should try to homogenize their game in such a way that different elements of it appeal to each region's interests.

In the case of Racing Rivals, cars are universally appealing, which has helped us reach markets we generally wouldn't be as knowledgeable about.

As a fan of the industry and a hardcore gamer, I'm interested in learning about new games on the horizon that may be unveiled or discussed during a presentation.

As a speaker, I'm really interested in discovering how my talk is perceived by my peers, given its somewhat philosophical and "meta" nature.

This has been a great year for classy, "hardcore" mobile games that don't use the freemium model.

Four that immediately come to mind are Threes, Badland, Blek, and Smash Hit. I think these games prove that paid apps aren't dead and that there's good money to be made in this space, as long as your game is designed to be a paid app out of the gate.

I feel like a breakout game is coming; a twist on a stale genre (like Clash of Clans with RTS) - one we'll be analyzing and trying to follow for years.