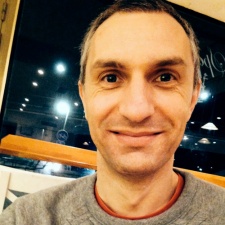 Ben Cousins is a 15-year veteran of the games industry. He's worked as a senior executive, studio head, project lead, creative director and game designer at companies like DeNA, EA, Sony and Lionhead.

He started working on traditional games, but has been focused on the free-to-play business model since 2006 - an extremely long time by western standards. During that time he's worked on a total of ten separate free-to-play games across five different platforms reaching over 50 million users.

Pocket Gamer: What's been the biggest story in mobile gaming this year?

Ben Cousins: 90 million DAUs and $1 million in daily advertising spend for King I think was the biggest story. That SEC filing really hammered home how huge mobile has become in just a few short years.

The biggest event for me was leaving DeNA and starting up as an independent contractor. Finally being able to work with all these people who'd been asking for help over the years has been a really exciting and interesting experience.

I think the mobile game industry as a whole will have a great year in 2014 - I'm sure its best ever - we'll probably have a few more games hit the billion-dollar lifetime revenue number and I'm sure we'll see some new hits emerge.

Individual companies who aren't already at scale or supported by significant investment though I think will struggle on the platform.

My experience tells me .... trying to second-guess the taste of another country is a waste of time.

It's been clear for several years now that mobile gaming is rapidly evolving into a later stage (similar to consoles in the late 1990s and early 2000s) where the major players take most of the revenue through highly polished products supported by large marketing investments.

I think indie developers are going to struggle on mobile unless they can secure a good feature from Apple or Google.

Having said that, I recently saw some numbers from an indie developer who'd launched a premium priced title with good support from Apple and done horrible numbers, barely enough to pay for some decent concept art.

I think the best move for indies would be to move to new platforms like Oculus, Google Glass, other upcoming wearable (iWatch?) or to make PC games.

The mobile gaming market is expanding across the world, so what's your advice for developers looking to make their games a hit in new territories?

For territories well served by the mobile platform holders, it's simply a matter of localising the game's language and metadata, producing something that Apple/Google want to feature and having a decent paid marketing channel where you want to launch. My experience tells me that localising content or trying to second-guess the taste of another country is a waste of time.

Make the game you want to make, try to make a profit in your safe territories, and hope that it travels.

I like these events because I can mingle with purely mobile people, so you don't feel like a second class citizen to people making games with more bump maps.

Definitely The Blockheads by Majic Jungle. It's the best F2P game I've ever played.

Ben Cousins on what's next for gaming hardware