"We were about to murder each other": How Real Cricket 14's devs went from despair to 1 million downloads 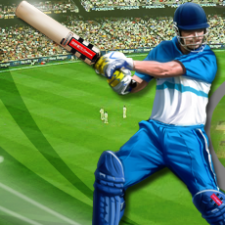 Real Cricket 14, the first game from indie outfit Nautilus, is about to hit 1 million downloads just a month after release.

It's a milestone that means an awful lot to longtime friends and Nautilus co-founders Anuj Mankar and Nicolas Beuvin, given they've been chasing success together for as long as they can remember.

"Anuj and I met while we were working for the most successful and profitable mobile video game company in the world," recalls Beuvin.

"Things went well for two years, until this lunch break, where, in a three minute announcement, the 300 of us got told the studio shut down. We had to pick up our things and go home, our nice little world collapsed."

The duo's refusal to sit still, coupled with a newfound determination to prove themselves, gave birth to a Song of Swords, a Blackberry exclusive that, at first, seemed to be the big break the pair had been looking for.

"We convinced two business angels to invest in our venture less than 48 hours after our first meeting with them. They gave us 'carte blanche', a small budget to buy a few computers and to recruit some of our former colleagues," explained Beuvin.

"Our first game would have been the best turned-based RPG on mobile ever, codename: Lucifer’s Wrath.

"A first playable prototype came out after a couple of months, and, […] a few weeks later, a friend of ours managed to show our proto to Blackberry executives. They convinced us to change from IOS to BB10, to go for a more casual gameplay.

"In exchange, they were assuring us of their support for the development, and later for featuring us on their store. We were saved!"

Unfortunately, Beuvin and Mankar soon realised that they had actually hopped aboard a sinking ship, and their partnership with Blackberry quickly turned sour as the firm announced the flop of BB10 along with a $1 billon loss.

Topping a market with no customers will not help you to pay the bills, and by mid-December we were left with no money, no staff, and angry investors.

"We had four months to deliver the best game on BB10. We chose to baptise our new project: Song of Swords, so the acronym reads SoS," said Beuvin.

"We released Song of Swords on time, the 15 September. First reviews were awesome, websites wrote positive reviews about the game, and Blackberry was featuring us worldwide.

"We topped the Blackberry Appworld for 3 months, we were above Angry Birds, above Batman.

"[Of course] topping a market with no customer will not help you to pay the bills, and by mid-December we were left with no money, no staff, angry investors, and two damned trophies on our TT table.

Relationships and belief were broken. Beuvin and Makar had once again fallen victim to bad luck, and things became understandably tense between the two.

"I thought that was it, not only we were about to close the studio, tell the investors we lost their money, but Anuj and I were also about to murder each other.

The duo found it impossible to stay mad at each other, and after they had cooled off Mankar put forward the idea of a cricket game.

Despite the fact that both Beuvin and Nautilus' Investors initially had reservations about creating a cricket game for mobile, after studying the market it was agreed that everyone involved with the studio deserved one last roll of the dice, and as you already know, they never looked back.

"We are now working on new game modes and on porting the game on other platforms," said Beuvin.

"If after reading our story you still want to enter the 'fabulous world of indie game development', you can even send us your resume".