Mike Bithell: Indies, stay off of mobile until you've "built a name for yourself"

Thomas Was Alone heads to iPad 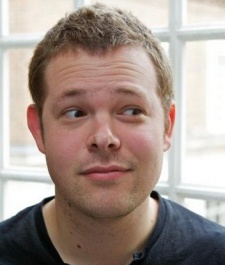 After enjoying a year of unexpected success, Thomas Was Alone creator Mike Bithell has brought his critically acclaimed game to the iPad.

With all eyes on his next project, Volume, the move to mobile at this stage is arguably quite a surprising one, so we reached out to the indie man of the moment to discuss the experience of porting his critically acclaimed puzzle platformer to mobile.

Digging a bit deeper, we also asked BIthell for some quick advice for aspiring indies looking to follow his lead.

Pocket Gamer: It's almost two years after the initial release of Thomas Was Alone, what prompted you to bring it to the iPad now?

Mike Bithell: I honestly didn't think I would, but Bossa Studios came to me with some cool ideas, and produced a demo that convinced me of the input system. I was excited to work with them on a version which felt true to the original, and the time felt right.

What challenges did you face in creating the iPad version? Did you learn anything from your PS3/PS Vita port that helped?

The biggest challenge for us was consistency: Ensuring the game was true to the original.

The solution was honestly just to work hard on ensuring we caught problems and left no detail to chance. We've literally spent days moving interface elements around by a matter of millimetres.

How does the user experience of Thomas was Alone translate to tablet gaming?

I was surprised by how well the controls translated to a virtual joytick setup. Character interaction is three buttons: left, right and jump.

Losing the up and down on directional controls is a massive help, and we found ways to signal your input clearly in game - the character selection arrow, in particular, slides around to demonstrate your direction of movement.

Do you think it's harder or easier for an indie to find success in mobile given the performance of heavy-hitting free-to-play games?

The big hit free-to-play games may make a great deal of money, but there are very few that actually hit that level of success.

I think indies releasing on the platform do well to avoid the business model altogether, unless they have the requisite marketing budget to compete with the big games for user acquisition. Apple's curation is also good, and a lot of indie games benefit from that exposure.

If you could give a piece of advice to an indie developer looking to find an audience today, what would it be?

Stay off of mobile until you've built a name for yourself - indie games are given a far better time visibility-wise on PC and console.

Hits certainly happen, but your odds are definitely higher on other platforms. Once a reputation is built up, it's easier to come back to mobile and actually get exposure.

How have you acclimated to your rising profile in the indie world? Do you ever wish you could go back to being less well known?

Stepping away from the computer is an excellent simulation of that. Right now, I'm well known by a very small group of people. It's nice, but I wouldn't be so arrogant to assume that means anything in a real sense.

For better or worse, social media's definitely changed the traditional developer/player relationship as we know it. What are the pros and cons to social media as an indie developer?

If you can handle the pressure of visibility, and present yourself in a way that doesn't bring negative attention, it can be a brilliant place.

I've been very lucky though, and friends have had a hard time on Twitter. Stay safe, and make sure you have friends around you if ever things get dicey.