The challenge is to do something that stands out and monetizes 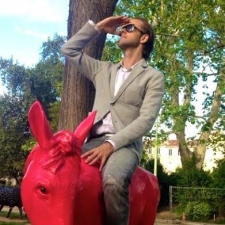 After taking over London at the start of 2014, Pocket Gamer Connects will make its grand return on the 16-17 June in the Nordic paradise of Helsinki and we expect you'll be thinking of grabbing a ticket (if you haven't already).

But to whet your appetite in case you've not yet parted with your cash, we're shining the spotlight onto our speaker selection to give a deeper look at the people taking the stage at PG Connects.

Talking to us today is Wilhelm Taht. He's the COO at Playground Publishing (aka PLGND), has worked in the field of online, mobile and social media for over a decade, with an emphasis on marketing, at Mr.Goodliving, RealNetworks, GameHouse, Digia and Qt.

He also serves as an adviser to several startups in the fields of games, media and music and will be hosting the unmissable PG Connects Pecha Kucha sessions, in which a series of lunatic mobile gaming industry professionals will run through 20 slide presentations in a little under seven minutes.

It is going to be madness. Utter madness.

Wilhelm Taht: For the industry, King's controversial IPO must be the biggest event so far, and the accompanying fact that over the first quarter of 2014, M&A activity was almost at the same level as full year 2013 ($5 billion vs. $5.6 billion). Talk about a hot market!

For PLGND, it has definitely been to see the excellent performance of a few games in silent release.

What do you think will be the biggest challenges or opportunities for the mobile game industry in 2014?

With so many amazing games launching every day, the challenge is to break away and do something that stands out and monetizes.

For the one that does, it also becomes the opportunity ;)

What's an indie? Are indies new companies in the field? Are indies 'cash poor' companies? I mean, there's companies springing up from the talent of Supercell, Rovio, Kabam, King, Zynga, etc.…

Those are indies that come with a fair bit of 'oomph' and many times also with a good product approach and strong financing. They are often also very talented. But still indies.

I think the point here is that the market dynamics of mobile free-to-play games are quite brutal if you don't have a strongly performing game (and team). If you do, on the other hand, the market dynamics allow for putting significant financing behind your game.

And if you aren't sitting on the 'next' Badland, The Room, Oceanhorn or similar, the alternative in going premium is even more brutal. The premium market on PC is probably becoming more appealing for some indies than fighting for visibility on the app stores.

So to keep yourself afloat? I think making amazing products (equals retention), tied with a strong business strategy (equals monetization and reach), is what's needed for any company to succeed in this market. In any market really.

What's your advice for developers looking to make their games a hit in emerging markets?

Create a strategy that fits each territory and don't shy away from doing local partnerships (be it distribution or publishing).

Each big territory is a challenge in itself, and has its own rules and needed expertise.

It's the first international mobile games conference in my home town, Helsinki: a proud moment, having been in the industry for over a decade (thanks PG!).

So I'm really looking forward to #everything when it comes to PG Connects this time.

Recently I fell head over heels into this Zombie Catchers game by Two Men and a Dog. No seriously... The company is called that. The game is currently in silent release, and really struck a nerve with me. Great humour and good fun.

Another one that I sunk deeply into recently was Retry by Rovio. I simply love the fact that Rovio proves that there is space for good games out there, without the relentless focus on maximizing a theoretical average lifetime value. Kudos to a big publisher for doing this!

There's still a big looming risk for regulation. If it goes in different directions depending on region, it will bring a lot of complexity to our business. The more we can as an industry help steer this in the right direction, the better.

Join Wilhelm and hundreds of other industry leading figures at Pocket Gamer Connects Helsinki by buying your ticket here.