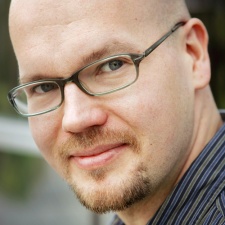 Joining Remedy Entertainment in 1999, and now CEO, Matias Myllyrinne has helped build the Espoo, Finland-based company into one of the world's leading independent game developers.

Its state-of-the-art action game franchises include Death Rally, Max Payne and Alan Wake  and it's currently working on Quantum Break, exclusively for Xbox One, as well as Agents of Storm for iPad and iPhone.

Matias Myllyrinne: Flappy Bird and the wrong conclusions many people have drawn from that. It's a Black Swan event and I fear some will follow this as a strategy.

For us this year has been about learning the backend and analytics side of mobile development and building that infrastructure.

Remedy has always been known to push content and technology, to create something exceptional - that's our bread and butter if you will - but building our mobile analytics tools and adapting to game-as-a-service on mobile has been a humbling learning experience.

We've had our first true F2P game out in soft launch and have been learning a lot by doing.

I think the key thing now, more than ever, is adaptability and learning quickly as a studio. The winners will be defined not by what one knows now, but by who is the quickest to learn.

I think global niches will continue to be found with games that appeal to an increasingly small segment but which resonate deeply. We will see more of these titles where 80 percent or even 90 percent of the audience drops off quickly, but the remaining 10-20 percent are hooked and enjoying it religiously.

I think it is the golden age of gaming. The rise of indie developers proves that you don't have to be big to hit big. With smaller team sizes, indies are able to attract talented people and provide new beginnings for industry veterans.

The indies need to compete on their own strengths - creating concepts and content that a large studio or publisher would never do. I think there is still room for fun innovative gameplay and stylization out there.

Granted that the odds of success are statistically against you, but that is kind of the point. If the risk/return would not be great then that market would have been consumed by larger players in the market.

Anyway, keeping afloat in a hit driven market is not easy. I'd bet on one or two approaches. The first is to find partners that allow you to weather the storm and the second is to build a portfolio.

These things are easier said than done.

Honestly, we are looking at these markets with a question-marked lens. We think that working with a local partner in China is a prerequisite for success, also localization is as relevant as ever. I advocate the idea of allocating time and mindshare to these markets and building a strategy to invest into the future.

Frankly, you may not see it work the first time round but the quickest way to learn is to actually start doing it.

This, of course, means you don't want to overcommit and build your success dependant on South America and China. Betting on a new game and a new market is risky, but taking a proven concept to new markets is less so.

My current advice is to launch in familiar markets first and if it is successful then taking it to new territories.

The biggest part for me is seeing old friends and making new ones. I just like to have some time to relax and catch up with people.

Drive On Moscow has been awesome.

My calendar looks like Tetris. I am huge fan of old school strategy board games but have not had the time for years to play. The tablet is the ultimate way to play these for me now. These play sessions can be extremely long, I was recovering from a sports injury and played this religiously for many weeks.

On another note,Oceanhorn by Cornfox & Brothers made a great impression: action, storytelling and music - everything just clicks (or taps, for that matter).

We're going to see things that previously seemed impossible on mobile. Production scope and quality will increase wherever the business case supports it.