Storm8 CEO Perry Tam on being different and successful

We don't need a super-hit to achieve our goals 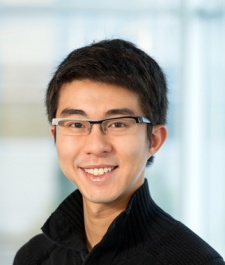 "We pay attention to our network. That's our focus; growing the network and leveraging the relationship we have with our players."

It's just the sort of thing publishers like to talk about. The difference is Storm8 has the numbers to back up the claim.

It's just announced its games have attracted 400 million players; a number that's doubled in the past year.

Of course, all CEOs like to quote big numbers.

There are other ways in which Storm8 is different, too.

Despite being based in the Bay Area, it's never taken VC investment, instead bootstrapping its way from a scrappy startup co-founded by three ex-Facebook engineers in 2009 to now a 250-strong team that's been profitable "since day 1".

Also, in conjunction with its 'network-first' model, Storm8 operates a portfolio approach to its games.

It doesn't have a single super-hit like King's Candy Crush or Zynga's FarmVille. Instead it has over 40 titles spread across four different labels.

I'd be very happy to have a Puzzle & Dragons, but we don't need that to achieve our goals.

"We always have six titles in the US top 100 top grossing chart," Tam points out, of this strength-in-depth strategy.

Storm8 is the original core gaming brand, with TeamLava its publishing label for more casual/female titles. Shark Party is for its social casino games and FireMocha for midcore are later additions to the range.

"The mobile game space is still massive. I don't think one or two games can satisfy that audience, which is why have a diversified approach," he explains.

Still, with a release schedule of one new game a month, Tam says the company is looking to new genres.

It's also thinking about bulking up its publishing activity; something it kicked off in 2013 bringing a rebooted version of Chinese hit Tower of Saviors to the west under the title War of Dragons.

But one thing he's not worried about is chasing that super-hit.

"Of course, I'd be very happy to have a Puzzle & Dragons," Tam says, citing the first mobile game to generate $1 billion in revenue.

"But we don't need that to achieve our goals.

"We like steady and consistent growth. That's different to the way other companies view the industry, but that's how we've operated successfully over the past five years."