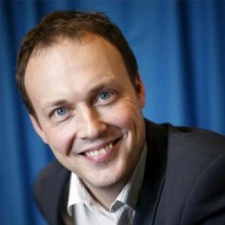 Small Giant is a mobile games company based in Helsinki, Finland. It focuses on creating beautiful and deeply engaging character-driven multiplayer mobile games for the casual-plus audience.

Its experienced team consists of former core team members of Habbo Hotel  and other world class designers and developers.

Its first game is described as a new type of flying game with stunning graphics, detailed characters, physics-based animations and multiplayer features.

Timo Soininen: For me, the continued success of Supercell’s strategy with the Boom Beach  launch is just amazing.

For our company, the biggest thing has been the great feedback (and good advice) for our first game from top guys in the industry and some of the big publishers- very motivating.

One of the biggest challenges is to keep the F2P model fair and 'acceptable' for all players and the non-gamer community so that regulators do not step in too aggressively.

It will be interesting to see what forms the F2P model will take in the near future as more and more new very casual users enter the gaming market.

The great thing is that the total market is growing a lot and still poses a lot of niche opportunities - we will see more and more smaller but still successful games for more targeted audiences.

We will see more smaller but still successful games for more targeted audiences.

They are easier to market cost-effectively compared to trying to reach very large generic audiences. Working on virality is still critical and the other challenge, of course, is to cut through the competitive noise and to acquire users very cost effectively.

I think partnerships with traditional media and marketeers will increase a lot, in addition to currently widely online and mobile networks. The creative side of ads will see a lot of focus as advert impact is critical for success.

Obviously one of the key things is to create concepts that appeal universally. This can be very difficult as cultural differences, popular game mechanics and aesthetics of popular games vary a lot in Asia versus the western markets.

Maybe the better bet is choose and focus on the primary market.

One of the key things in Asia seems to be use of daily tournaments which are driving higher retention and activate users.

Meeting the top industry guys speaking and to hear their thoughts on where the industry in moving.

Rovio’s Retry - an interesting tactical move from them. It's great nostalgia for an old pixel guy like me and there's also the frustration…

Multiplayer features will dramatically increase as the essential feature in games as they will drive the retention and longevity of games.